Matt Kuchar Backhanded a Shot Onto the 17th Green at Players 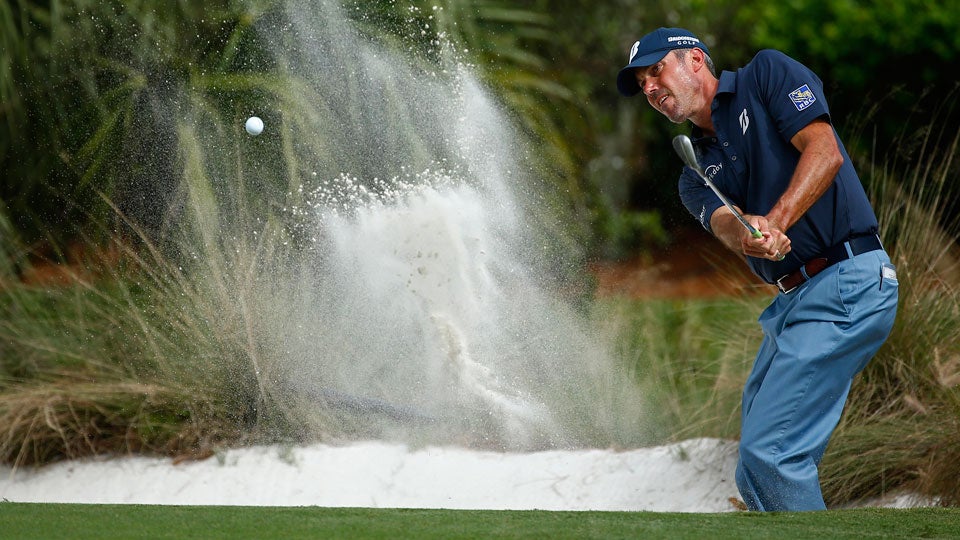 PONTE VEDRA BEACH, Fla. (AP) — Matt Kuchar was lucky his ball stayed up and unlucky where it ended up.

Kuchar overshot the par-3 17th at the TPC Sawgrass in the second round of The Players Championship, but instead of landing in the lagoon that surrounds the island green, the ball came to rest near a wooden plank along the path to the green.

His lie would have posed no problem for a lefty, but the right-handed Kuchar had no room to stand normally, so he decided to turn around and backhand the ball onto the putting surface.

He managed to get the blind shot on the green, albeit about 60 feet from the pin. He settled for a two-putt bogey that left him one shot from making the cut.

“I didn’t stand a whole lot of chance,” Kuchar said. “The only way it gets within 20 feet is good luck.”

Kuchar said he has honed that kind of shot in practice rounds and even used a similar stance at the Sony Open a few years back.

“Every now and then you don’t have many options,” he said. “It’s one I’ve done a handful of times kind of messing around. … You hope that it’s not a really important shot that needs to be pulled off. It’s one that’s kind of fun to do. You enjoy doing it in practice rounds. It’s not one you really want to have in a tournament situation.