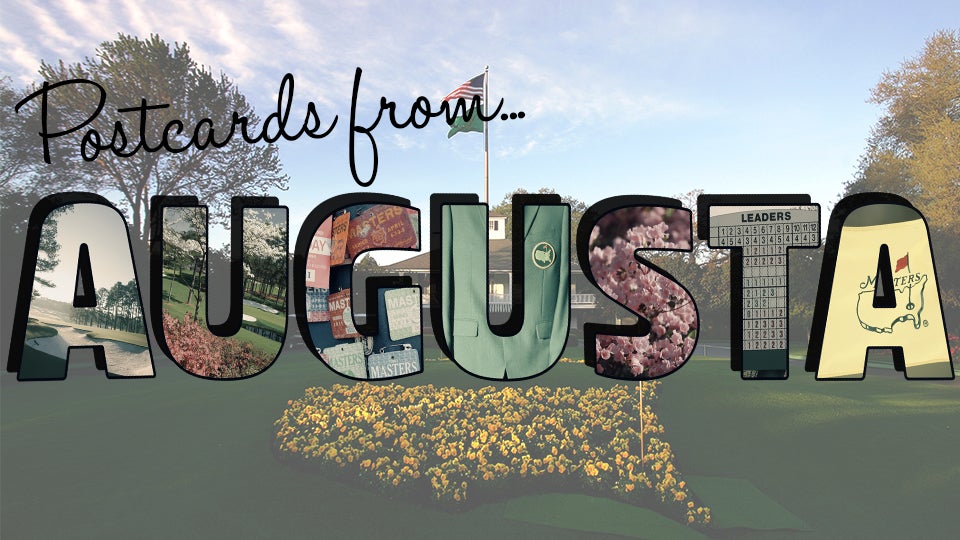 One week a year, there’s a nonstop flight from Philadelphia to Augusta. U.S. Air had it for some years and now American has taken it over. I arrive at Gate B2 and I know everybody and nobody. The windbreakers, the new-age polyester golf shirts embroidered with eagles, lone trees, founding years dating back to the Harding administration. The eager camaraderie of the gathered men — a distant cousin of “Axe” Axelrod and his homeboys off to that Metallica concert in Billions — is almost touching. “Welcome, golf fans,” the pilot says.

There are about 100 seats and maybe a dozen women. There’s one African-American passenger on the flight and he is wearing an Augusta windbreaker and a hat stenciled with the words PRO-DUFFER, a souvenir from an annual tournament in which he plays.

“One of the duffers,” the man says, who has attended the Masters each year since 2000. “We’re all duffers. No pros. It’s just what we call it.”

“I have sort of an odd request from one of the passengers,” the flight attendant said at 30,000 feet.

As domestic air travel is so completely devoid of personality these days, I could not wait to hear what would come next. My guess was that somebody was looking to make a seat-change. I wasn’t thinking big enough.

A hand actually went up.

The first time I went to Augusta was years ago on a private plane to play the course with older friends. The plane was a prop with one cowboy pilot and one other passenger, who drank Scotch and chain-smoked for two straight hours. I barely have enough lap room, here in 15F, for a broadsheet newspaper, but this is an all together better flight. I have seen passengers reading Sports Illustrated and our Masters Preview issue as well. That’s the spirit, people.

A guy in the first row of coach was reading the old Dan Jenkins’s novel, Dead, Solid Perfect, recently checked out of the library. It came out in 1974, the year Gary Player won the second of his three green jackets.

“You mentioned it in your new book, whatever that’s called, so I thought I’d pick it up,” the guy said to me as I made my way to 15.

Jenkins has attended every Masters since ’51. If form holds, he’ll be seated a row behind me in the Press Building, my golf clubs will get to Augusta by tomorrow and somebody you never thought to pick in the office pool will be one shot back after 36 holes. Charley Hoffman, Zach Johnson, somebody like that.