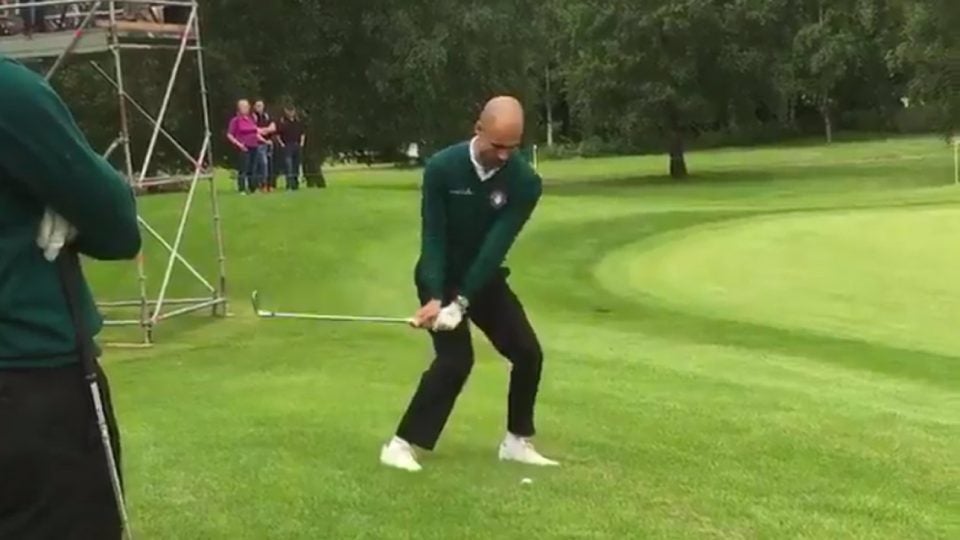 Leave it to golf to bring rivals together in celebration of one of the game’s greatest pleasures: a hole-out from off the green.

On Saturday, Manchester City manager Pep Guardiola teamed up with Manchester United star Ryan Giggs in the Icons of Football match play golf tournament held at the Belfry in England.

According to the Daily Mail, on the fourth hole, Guardiola was faced with a difficult downhill chip from the rough to a short-sided pin. He executed a perfect shot, which landed short of the green, bounced through the first cut and rolled straight into the cup.

Guardiola celebrated with a quick circular turnaround, before accepting a congratulatory hug from his partner, Giggs.

The Icons of Football event takes place over three days, with Ryder Cup-style scoring, pitting England against the rest of the world.

Giggs and Guardiola won their first round match 9&7, good enough for a full point for Team Rest of the World.

Take a look at Guardiola’s epic shot below.