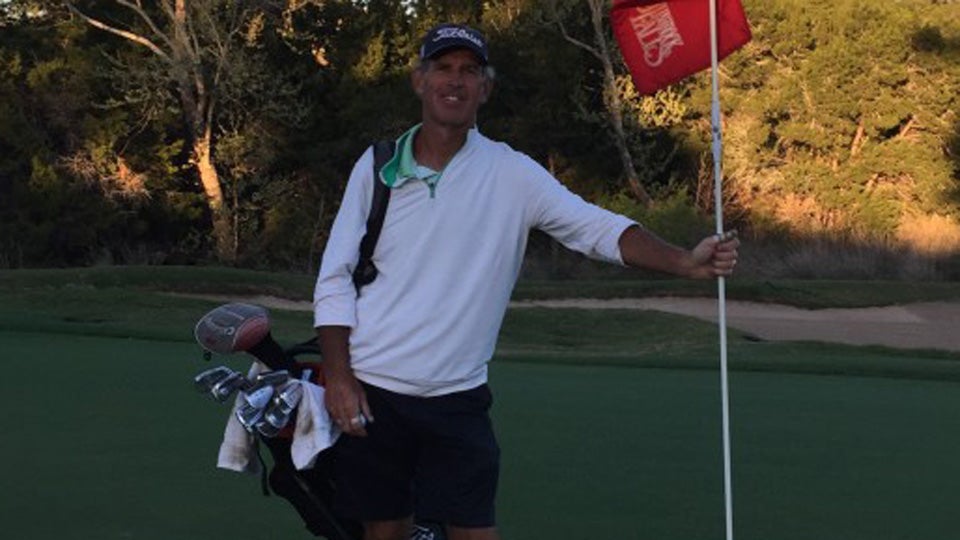 Barry Gibbons is on track to shatter the Guinness World Record for most rounds of golf played in a year.
breakthegolfrecord.com

If you’re a regular golfer in the United States, you probably play approximately 30 rounds a year. If you’re Barry Gibbons, however, you’re on track to play a whopping 850 rounds in 2016.

The Ridgefield, Conn., resident is closing in on the Guinness World Record for most rounds of golf played in a calendar year at 611. Gibbons, as of September 7, was at 572 rounds and averaging two rounds per day. He’s 159 rounds ahead of that world record pace, according to his website, with 115 days left in the year to break the record.

Gibbons came across the record while visiting his family’s second home in Austin in January of this year. In 2010, a then-64-year-old retiree set the record at a course in Las Colinas, Texas. Having been recently retired himself, Gibbons thought he’d take up the challenge.

“I was looking for something to do, so my first thought was ‘I can do that,'” Gibbons said.

Gibbons played three rounds a day in Austin until March, completing 200 rounds in the first quarter of the year. By June 1, when he came back to Ridgefield, he had played 350. To satisfy Guinness requirements, Gibbons walks and carries his bag; he’s already recorded 4,220 miles, the approximate diameter of Mars.

He doesn’t have plans to stop when he hits the record, though — Gibbons, who plans to play the 612th round at the Valley Country Club in Colorado with his 82-year-old father, the man who introduced him to the game, wants to see how far he can go.

Attention golf shoe companies: If you’re reading this, Gibbons may be your new favorite customer.