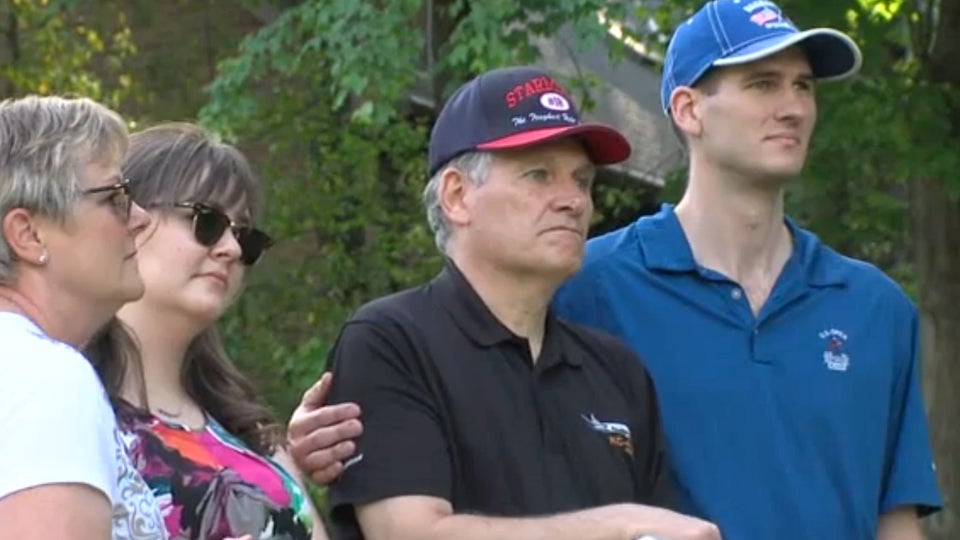 A 28-year military veteran wasn’t going to let broken bones, torn ligaments and tendons and more derail his day at the golf course.

Retired Col. Kevin Reinert finished a round of golf on Friday that was started seven months earlier on Oct. 6 at Starmount Country Club in Greensboro, N.C. On that October day, Reinert was struck by a car near the 18th tee that was a part of a crime rampage that terrorized the city that day. The 61-year-old suffered a broken left femur, broke both knee caps and tore other ligaments and tendons.

But he still wanted to finish that 18th hole at Starmount.

Even though he’s not fully healed, Reinert played the 18th on Friday — recording a 6 — with family and friends by his side.

“I’ve had better scores on a golf course,” Reinert, who hopes to get a full round in by the end of the summer, told Fox 8 News. “But never a better time on a golf course.”

His daughter, LeeAnne Reinert, told Fox 8 News she’s been looking forward to his return to the course for seven months.

“This is one of the best days of our lives for my family,” she said.

Check out the video of Reinert’s return to the course here.