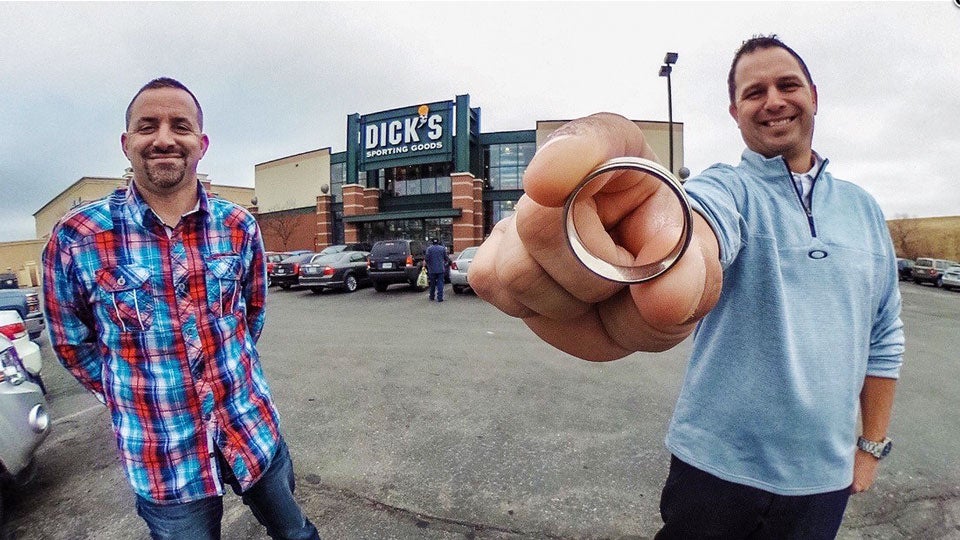 Chris Castro lost his wedding ring trying on golf gloves at a Kansas City Dick’s Sporting Goods. And the story could end there. Castro called for nearly three weeks to see if anyone had found the ring without any luck.

That, in and of itself, was probably enough to get Castro in trouble with his wife. Now, add that this incredibly necessary stop at a sporting goods store happened on Valentine’s Day, and you can imagine Chris was in a hurry to fix the situation.

Enter Jeff Geyer, who, like Castro decided one day to try on some gloves at the same Dick’s Sporting Goods.

“I put on a golf glove and my finger got jammed,” Geyer told KCTV in Kansas City. “I pull it out and there’s a wedding ring and I’m like, ‘There’s a man down, we’ve got to help him.'”

This was not a drill, not like finding the toy ring at the bottom of a cereal box.

He gave the ring to staff and then posted a message on Facebook, hoping it would find its way to the ring’s owner. A mutual friend figured it must be Castro’s, and the ring made its way back to its owner, although we predict the damage at home had already been done.

“We are going to play golf now,” Geyer told KCTV.

“I do owe this man a round of golf,” Castro replied.