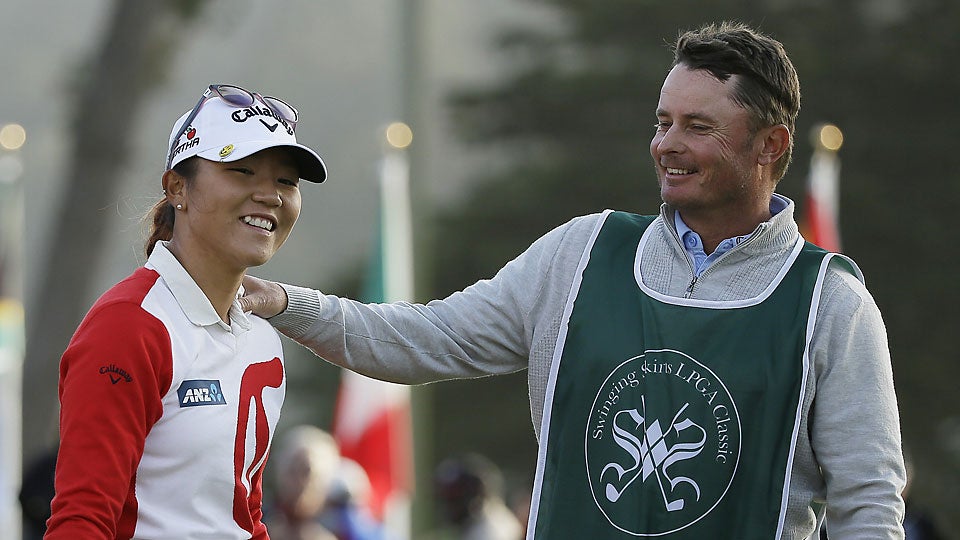 Playing in the first round of the North Texas Shootout, Ko flopped her third shot on the par-4 14th into the air, trying to fly a tree between her and the green. Her ball didn’t make it.

What seemed like a minor miss turned into a major issue when her ball didn’t fall to the ground. It remained stuck on one of the branches. Hamilton knew what he needed to do.

“I thought we had to identify the ball to be able to take an unplayable,” Hamilton said. “Not being able to see it from the ground, I thought I’d better get up there.”

As it turned out, he didn’t really need to go up there at all; a rules official said that if they could not get the ball to fall from the tree and that it was unanimous where the ball ended up, they could take an unplayable lie without needing to identify it. Either way, Ko appreciated her caddie’s effort.

“Yeah, I didn’t know he was that good at climbing trees and monkey bars, so he must have done that when he was in elementary school,” Ko said after her round. “It’s good to kind of know that my caddie is always there to support me and to do what’s best for me.”