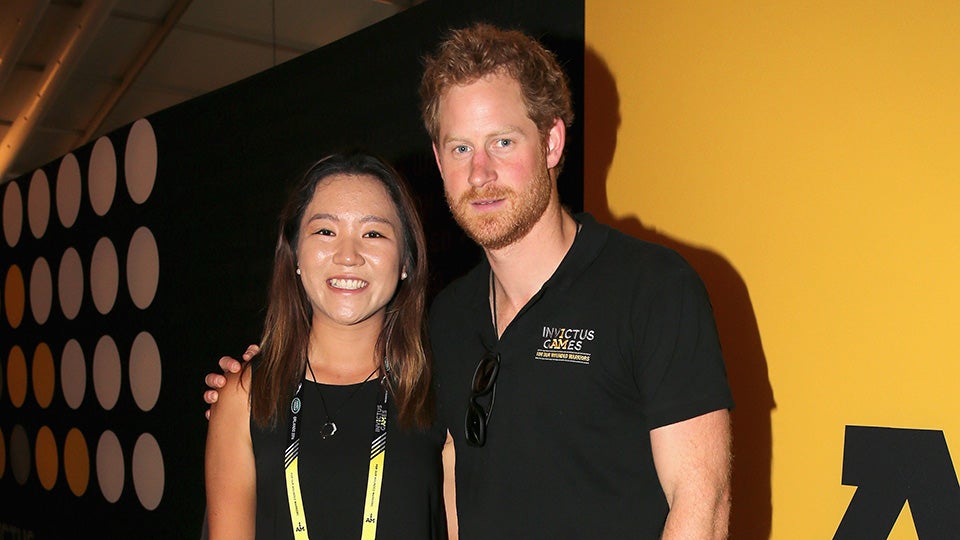 At just 19 years old, Lydia Ko has won 12 LPGA tournaments including two majors, reigned over the Rolex Rankings for 29 straight weeks at No. 1, and been named to TIME magazine’s 100 most influential people. She’s also the youngest player to win two women’s major championships.

And now, she’s hanging with a prince.

Ko and Prince Harry of Wales snapped a photo at The Invictus Games, an international sporting event for injured and wounded veterans, held May 9-12 in Orlando, FL. The event is a paralympic-style multi-sport event that aims to help veterans or those currently in service to use sport to inspire rehabilitation and recovery. Prince Harry created the games in 2014, and Ko was named the Celebrity Ambassador for this year.

While golf is not an official sport in the games, Ko’s inspiring career fit the profile for an ambassadorship.

“It is such an honor to meet Prince Harry and to support The Invictus Games,” Ko said in a statement. “There are so many incredible athletes participating this year and I feel so inspired by their stories. It is a humbling reminder that I am so fortunate to be able to pursue a career in golf.”

Ko will next travel to Williamsburg, VA for the 2016 Kingsmill Championship, where she finished T16 last year.