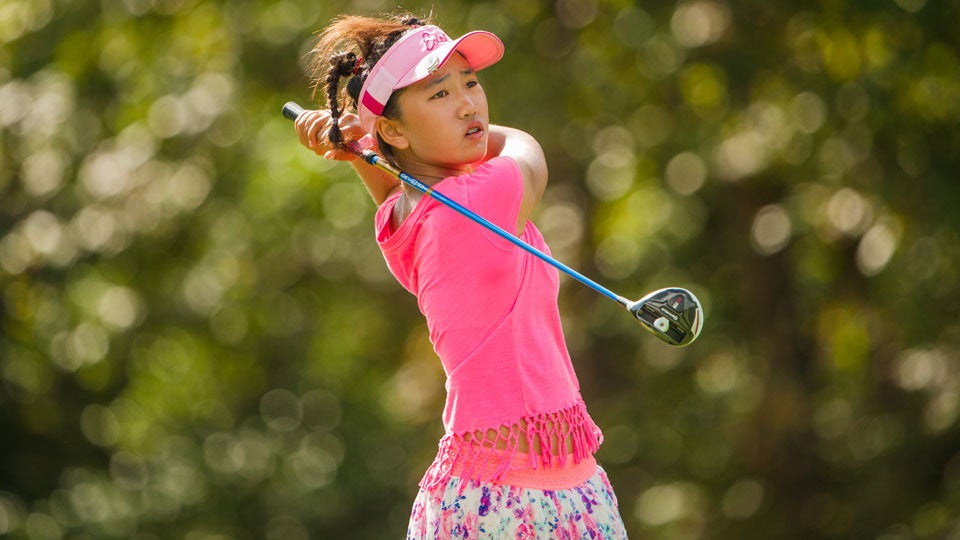 Li, from Redwood, California, closed with a 2-under 69 in hot and windy conditions at Wannamoisett for a two-stroke victory. She finished at 7-under 206 in the rain-shortened event.

“I didn’t think I played all that good, but it was really windy today, and that made it tough,” Li said. I” am used to playing the in the wind, so that might have been an advantage for me.”

Norman Xiong won the boys’ division by two strokes. The 17-year-old Xiong, a high school senior in Canyon Lake, California, who will begin play at Oregon in a year, finished with a 1-under 68. He was the only player under par for 72 holes, finishing at 2-under 274.

In girls’ play, Mariel Galdiano of Pearl City, Hawaii, the leader after each of the first two rounds, had a 77 to tie for second with Alyaa Abdulghany (70) of Newport Beach, California.

Thompson won the first of her two titles in 2007 at age 12 at Westfield Group in Ohio. Two years ago at age 11, Li became the youngest qualifier in U.S. Women’s Open history.