LPGA Takeaway: Zika Be Damned! The Women Are Ready for Rio 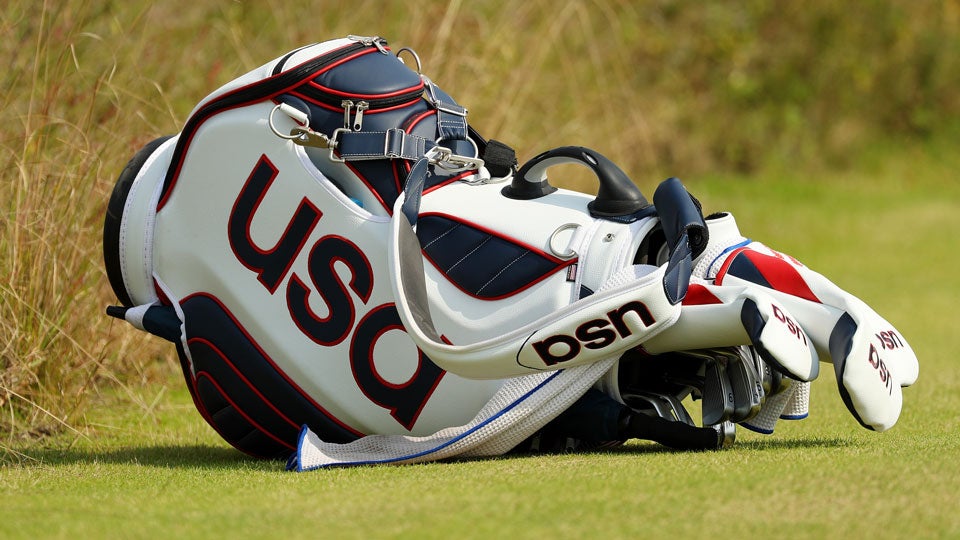 The women are ready for Rio.
Stuart Franklin

Updated: Since being originally published, Jason Day, Rory McIlroy, Graeme McDowell, Shane Lowry and others have withdrawn their names from Olympic Games consideration. You can follow our ‘Rio Watch List’ below for the most up to date information.

Another day closer to the Rio Games, another withdrawal from Olympic golf.

On Thursday, Australian Marc Leishman removed his name from consideration amid concerns about his wife’s previous health issues and how the Zika virus could affect her. Louis Oosthuizen and Charl Schwartzel of South Africa bowed out a few weeks ago, citing the PGA Tour’s busy summer schedule. Fijian Vijay Singh won’t be attending (he, too, cited Zika), and Australian Adam Scott is passing to make time for his family.

Are you noticing a trend here? All those golfers are male.

To date, not a single female player has publicly said she‘s passing on Rio. The tone from the ladies has been one of excitement and honor, and while the women are well aware of the health scare that faces them, none have backed out.

LPGA Commissioner Mike Whan says the women realize they have a big opportunity to grab the world’s attention and expand their fanbase. They want in.

“The players are probably spending more time looking at the Rolex Rankings than any other time in my seven years on the tour,” Whan says. “Usually I say to players, ‘What’s your ranking?’ and they have no idea. But this year, they know. They know because they know how they’re going to play their way into the Olympics.” You feel that buzz when you walk the grounds of an LPGA event. The women are pumped for Rio, regardless of whether they are in contention or not. In a recent SI survey, 40% of LPGA players said they would rather win a gold medal than an LPGA major, underscoring the magnitude of the event.

The apathy or reluctance among some of the male players is understandable. The PGA Tour will play two of its four majors in the weeks leading up to Rio, and the FedEx Cup playoffs –- with a $10 million bonus payout -– in the weeks immediately following it. The women, on the other hand, have a three-week respite around the Olympics, which the LPGA tour requested.

“It seemed right to take a break for those players,” Whan said. “If they are playing [the Olympics], they’re not falling back in the world rankings or the official money list.”

LPGA players may not be sweating scheduling issues, but the Zika virus is a very real worry. According to the Center for Disease Control and Prevention, Zika has already infected 1.5 million people in Brazil. The mosquito-born virus has been linked to Guillain-Barré syndrome, in which pregnant women may give birth to babies with birth defects or have poor pregnancy outcomes.

“I don’t think anyone is saying that as a result [of Zika], they’re not playing,” Whan says. “But I think we’d be lying and they’d be lying if they said it wasn’t something we are all keeping an eye on.”

Fourth-ranked American Stacy Lewis, who is a lock to represent the United States, admits that reports on ill athletes and poor water quality are unnerving. But she also pointed out that week to week, the women on tour are faced with many obstacles because of their expansive travel schedule, which takes LPGA players from the Caribbean to Asia and everywhere in between.

“It’s something that, unfortunately, we deal with almost every single week when we travel the world, it’s just kind of the way it is,” Lewis said. “If things start to get worse, I think you’re going to have to think about your trip a little bit more.”

The LPGA sends out memos to their players any time there is a security threat or health concern, said Lizette Salas, so the players always feel well prepared when travelling. Cristie Kerr echoed that being informed will be the women’s best tactic when approaching the Olympics. Whan’s number one concern is keeping his 300 players in the know.

Azahara Munoz, ranked No. 22 in the world and the top-ranked member of the Spanish team, is hopeful that by the time the Games arrive, the outlook will be more positive.

“Hopefully between now and August, it gets better,” she said. “It is worrying. I’m 28, and I want to have kids someday.”

In March, the International Olympic Committee and the International Golf Federation held a test event at the Gil Hanse-designed track in Rio that attracted little fanfare or attention from top players. Despite the lack of interest, Whan said the event was a major success.

“A lot of locals gave us reassurance on two fronts,” he said. “One was that we’re playing kind of on the waterfront, which as a Californian reminds me that near the coast you see fewer bugs. And the second thing was that they reinforced that we’d be playing in the winter time when the bug count is down significantly.”

(RELATED: Zika Virus is a Concern for Olympic Golf)

For the majority of women, though, it seems the opportunity to represent their countries outweighs their Zika concerns. Mo Martin, ranked 52nd with slim chances to go to Rio, was nevertheless enthused by the prospect.

And should some women decide that playing in the 2016 Games is not for them, the commissioner is not worried.

“My players don’t sign a union contract, they’re not required to be someplace and a certain time,” Whan said. “They’re managing their careers and we provide them the opportunities. The Olympics is no different. I don’t believe for a minute that a handful of players not being a part of Rio 2016 is going to change the specialness of it.

“There’s definitely a buzz about being able to represent your country in a dream that most of these girls never had. So when this became a reality, it became pretty special pretty fast.”