On Sunday, it didn’t take long for Sei Young Kim to give away her three-shot lead. But she got that lead back at just the right time.

Kim didn’t have her best stuff, but battled all day and birdied the first extra hole to win a three-way playoff at the LPGA Mediheal Championship on Sunday night. It was her 8th win on the LPGA Tour.

The 26-year-old South Korean took a three-shot cushion to a cool, windy final day at Lake Merced in Daly City, Calif. She doubled the first hole and bogeyed the second, erasing that lead.

Meanwhile, Bronte Law was charging up ahead. She birdied five of six holes in the middle of her round, then made eagle at the par-5 15th to jump into contention. Law parred the last three holes to post seven-under 65 and take the clubhouse lead.

A little while later, Jeongeun Lee6 joined her at seven under after another fantastic final round; Lee6 finished eagle-par-birdie-birdie to post 67. It was all Kim could do to hold them off, but she managed a two-putt birdie at the par-5 18th to get into a three-way playoff.

The playoff itself, retracing their steps on the par-5 18th, was more about misses than it was about makes. Law pitched her third shot to six feet, and Lee6 had the same length putt for her birdie. Both missed.

Kim, meanwhile, had striped driver, 4-iron to the front edge, then putted to two feet. She had no trouble finishing out the win.

Law and Lee6 each expressed dismay at their missed putts post-round. “Obviously, the greens are quite bumpy right now, it makes it kind of difficult at the end,” Law told the AP. “Thought I hit a good putt there, so it didn’t go in. It happens.”

Kim’s reaction was more of relief. “It was really tough,” she said of her Sunday 75. “The whole day I got a lot of pressure. And I missed the last par 3, and that’s really bad for me. I’m still like — almost my heart came out.”

The win betters Kim’s playoff record to a sparkling 4-0.

Lexi Thompson, who announced last week that she plans to step back from social media, contended all week but fell just short. She led a group of Amy Yang, Eun-Hee Ji and Charley Hull that finished in a share of 4th at five under par, two shots back. 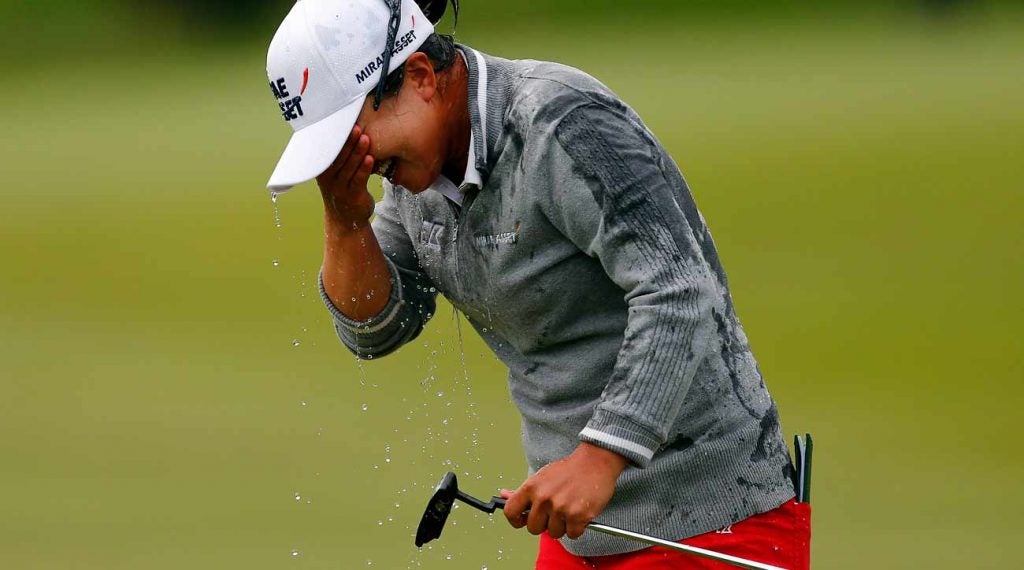