Lexi Thompson Is Playing from the Same Tees as the Men This Week. Let’s Not All Freak Out 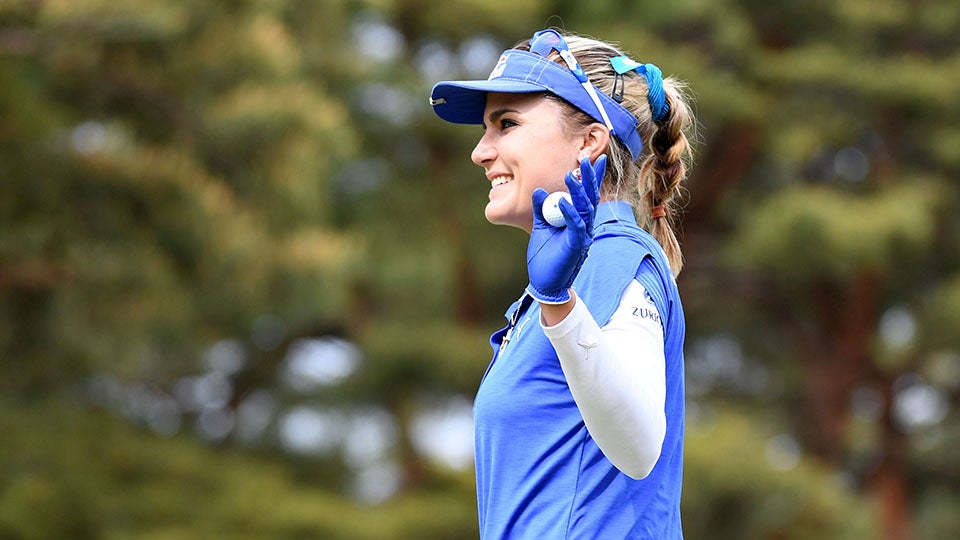 Lexi Thompson is playing the same tees as the men this week. Here's why we shouldn't be freaking out about it.
Arrow Press

Lexi Thompson is the only woman in the Franklin Templeton Shootout field this week, and she’ll play the same tees as the men. Shock! Awe! Gasp! Right? No, not really. Let’s not make a bigger deal out of this than we need to. Touting this event as some kind of tricked-up Battle of the Sexes would be insulting not only to Thompson’s ability but also to the caliber of elite female golfers in general.

Not only that, but Thompson is somewhat of a veteran of the course. Tiburon Golf Club plays host to the LPGA’s season-ending tournament, the CME Group Tour Championship, which Thompson competed in just three weeks ago. The Shootout has extended the track to 7,200 yards, about 500 yards longer than Thompson has played in competition previously. She finished fourth there in 2015.

Apples to oranges, some will say, but I’ll say this: 21-year-old Lexi Thompson is more talented than your average PGA Tour player. For years she’s been smashing preconceptions about the “limitations” of female golfers, and wowing countless fans along the way. So why, in 2016, does a woman playing from the back tees feel like some sort of holy rite of passage?

One, because the LPGA tour continually has been deemed “lesser than” by a not insignificant number of sports fans. And, two, because mixed-gender contests are, shamefully, still a novelty. Thompson is just the second LPGA player to compete in Shootout since Annika Sorenstam partnered with Fred Couples. That was 10 years ago. A decade. That’s a long time to have boxed out the ladies, especially given the LPGA’s explosive growth.

There are more eyes on the LPGA today than ever before, with more than 170 countries broadcasting the tour’s events. Since Sorenstam pegged it in the Shootout, LPGA purses have increased a combined $11 million, with average purses increasing nearly half a million dollars per event, a testament to sponsor interest in the tour’s new stars. Since 2006, the LPGA has seen the rise of Lorena Ochoa, Yani Tseng, Inbee Park, Stacy Lewis and Lydia Ko. Yet none of those players were invited to the Shootout.

If Thompson and DeChambeau finish at or near the bottom of the leaderboard (as Sorenstam and Couples did in 2006), cynics will say that they never had a chance, while others will argue that the deck (or tees, as it were) was stacked against them. If the pair contend, however, it will come as a revelation to a wide swath of golf fans that, hey, the women can play. Really, though, Thompson has nothing to prove. She has insane talent, and so do her LPGA peers – no matter what tees they play from.