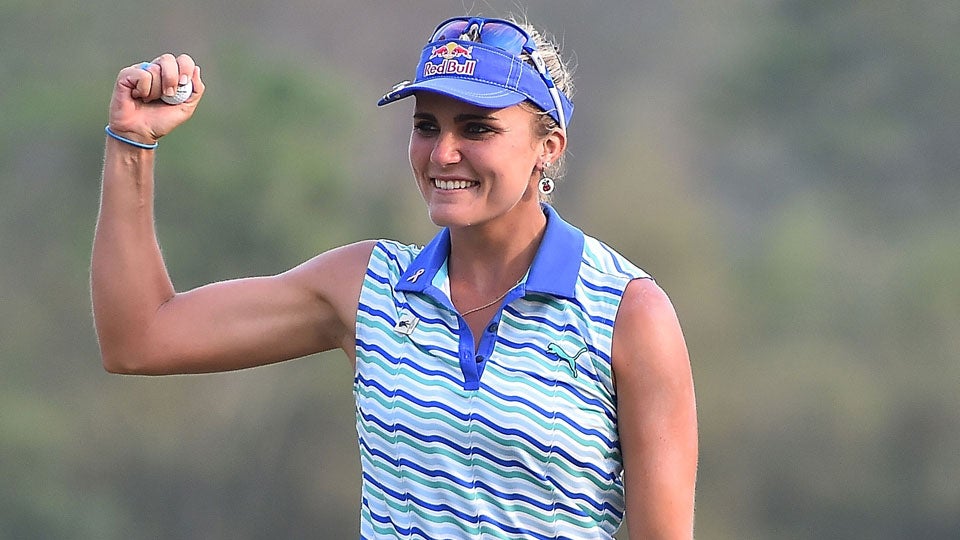 Warning to lurking internet trolls: don’t mess with Lexi Thompson. Earlier this week, Thompson posted a photo of herself on Instagram that showed the LPGA star about to hop on the treadmill for a running session. She wrote that running was an outlet to clear her mind.

Two of her followers, however, took issue with Thompson’s fitness routine and her social media presence, posting comments suggesting that she should be “focused on her game” and not posting “pretty stuff.” Thompson missed the cut at the LPGA’s Texas Shootout days before the photo was published. One of the haters remarked that she should be “embarrassed” by her poor performance.

Most public figures don’t respond to the various armchair critics, disgruntled fans and outright bullies who inevitably shadow their online lives. (Jordan Spieth learned why earlier this year; Ian Poulter has found himself in the middle of an escalating Twitter feud more than once.) For famous women, the web can be a particularly dangerous and disturbing place to inhabit, as the vitriol directed at them is often laced with sexism and threatening, objectifying language.

But Thompson seems to have found a way to respond that actually worked, at least in this case. Her call-out was gracious, mature and honest. What’s even more surprising? It prompted both of the original posters to sincerely apologize, admitting that they were wrong to critcize her choices and asking for her forgiveness. “I was wrong, I don’t know what you deal with on an everyday basis and I’m sorry,” one wrote back. Read Thompson’s full response below:

“I sign every autograph at my tournaments and take pics with everybody go to every sponsor party. I practice and train my butt off. I don’t want my whole page to be all about golf. And ya I had a bad week but neither of u know what I was dealing with this week and I’m human not perfect. I can’t play well every week, please realize that and comment something positive because that hurts and I won’t deal with it.”