Lessons From Chambers Bay: A Departure from the ‘Old School’ 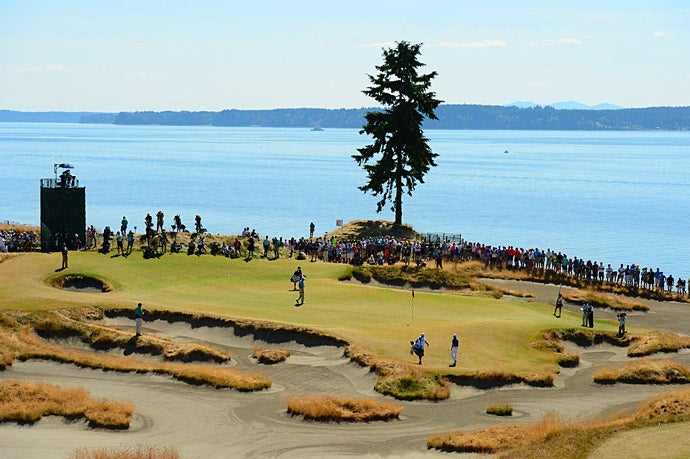 The USGA brought in a giant white wedding tent to stand in as the players’ locker room at Chambers Bay, and the Merion Golf Club’s affable locker-room man, Larry Foti, to run it. At Merion in 2013, the players never sniffed the historic clubhouse, with its showerheads as big as small pizzas. Chambers Bay, a shiny public course, presented a different sort of challenge. The place has no real clubhouse. Hence, the tent, with Larry manning it.

“No showers,” Larry said last Thursday morning between shines. There was a measure of sadness in his voice. He’s of the old school, and he believes that a day of golf should end with a player’s feet in freshly shined shoes, green gel combed through wet hair.

About half the field was on the course and Larry was walking his aisles, past various street shoes waiting to be shined. Then there was the pair of beige Converse All-Stars, no laces, heal beaten down. Larry knew not to touch them. It’s like being a swing coach, or an editor: You have to know when to leave well enough alone, and preppy dishabille, well, Larry will tell you: It’s a look.