Legal analysis: Why Tiger’s DUI plea deal was a smart strategy — and what happens next

Although he didn’t appear in court on Wednesday, Tiger Woods has reportedly reached a plea deal with the Palm Beach County State Attorney’s Office to address his May arrest for driving while under the influence and for reckless driving. It is a deal that would keep the 41-year-old winner of 14 majors out of jail, at least so long as he complies with the terms of a Florida diversion (rehabilitation) program for first-time DUI offenders. 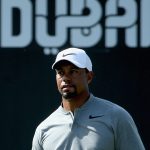 Through his attorney, Douglas Duncan, Woods on Wednesday pleaded not guilty to the charge of driving under the influence, a conviction for which carries a maximum jail sentence of up to six months. The plea was entered in the Palm Beach County courtroom of Judge Sandra Bosso-Pardo.

At the same time, Duncan declined to enter a plea on behalf of Woods regarding the lesser charge of reckless driving, a conviction that carries a maximum jail sentence of up to 90 days. This was by design, as a hearing on the reckless driving charge has been continued until Oct. 25. On that date, Woods is expected to appear before Judge Bosso-Pardo and plead guilty to reckless driving. Assuming all goes as planned, Woods would then enter into a 12-month diversion program for first-time DUI offenders. Completion of the program would lead to the DUI charge being dropped. If Woods changes his mind, he (or Duncan on Woods’s behalf) could enter a not guilty plea to reckless driving at the Oct. 25 hearing. That step, however, would nullify any plea deal already reached. It would also subject Woods to the prospect of a criminal trial and, if an accompanying conviction, a potential jail sentence, too.

The tentative plea deal reached between Woods and prosecutors is relatively common for first-time DUI offenders. Woods, who is reportedly worth around $740 million, does not appear to have received special treatment from the legal system on account of his wealth or fame.

Along those lines, the stakes will be high for Woods should he enter the diversion program: if he fails to complete it, he would be sentenced to 90 days in Palm Beach County Jail.

The incident that led to the criminal charges

Woods’s legal woes stem from a May 29 incident in Jupiter, Fla., where police officers noticed a black Mercedes-Benz stopped on a road and then discovered Woods sleeping behind the wheel of the car. Woods was disoriented and exhibited slurred speech. He then failed a field sobriety test, in which the world’s former No.1 golfer couldn’t perform a basic “walk and turn” exercise.

Woods, however, was not drunk. In fact, he blew 0.000 on two Breathalyzer tests, meaning he had no alcohol in his system. Woods’s condition apparently stemmed from him taking a combination of prescription painkillers and sleeping aids. This highlights how consumption of alcohol is not a necessary condition for a DUI arrest. DUI is a more comprehensive charge that focuses on a determination of actual impairment. Along those lines, it is unlawful to drive while impaired by either excessive amounts of alcohol or drugs and medicines that cause disorienting effects. The underlying logic is straightforward: an impaired driver presents a danger to other persons in motor vehicles, pedestrians and to himself or herself. That person thus shouldn’t be on the road. 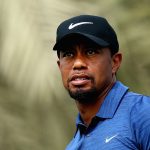 Woods could try to defend himself in a trial, but the odds of success wouldn’t be terribly high. For instance, he could insist that the arresting officers inaccurately described his behavior and that he was more cogent and agile than is portrayed in the police report. Perhaps that kind of argument would persuade some jurors, but given the evidence—including a dashcam video—it seems Woods reaching a plea deal is the wiser approach.

What Woods can expect in the diversion program

The terms of Woods’s pending diversion program have not yet been made public. Typically under Florida law, a defendant enrolled in the diversion program is prohibited from possessing or consuming any alcohol or any drug without a prescription for 12 months. Woods will likely also be required to submit to random urine tests. Further, he will probably need to attend both DUI school and a workshop conducted by victims of DUI as well as perform 50 community service hours. Various measures to monitor a diversion program participant’s blood-alcohol level are also normally required. They include an ignition interlock and an ankle bracelet. Given that Woods’s impairment was unrelated to alcohol those measures might not be applicable.

As noted above, if Woods fails to comply with the conditions of his pending diversion program, he would be sentenced to 90 days in the Palm Beach County Jail.

Strategy for Woods in not appearing in court on Wednesday

Woods declining to appear in court on Wednesday attracted media notice but comes as no surprise. Once he and his attorney reached an agreement with prosecutors for a not guilty plea to be entered, there was no need for him to be in court. Woods’s attorney had the legal capacity to transmit that plea on his behalf.

Woods also had public relations reasons for avoiding court. By not appearing before cameras on Wednesday, Woods avoided the media spectacle of entering a courthouse and attending a legal proceeding as a defendant. That kind of imagery almost never benefits a person. Fairly or not, it suggests that a person has broken the law, even if he or she is ultimately found not guilty.

By keeping a low profile, Woods is also more likely to protect his endorsement deals—which is surely a sensitive topic for him. Woods lost many millions of dollars in anticipated endorsement earnings following media coverage of his 2009-10 marital infidelity scandal. A number of companies dropped Woods pursuant to his endorsement deals’ “morals clauses,” which allow an endorsed company to drop an athlete if the athlete’s personal conduct causes serious controversy. Woods still generates substantial income from endorsement deals, including a contract with Nike that reportedly pays Woods around $20 million a year. He’ll undoubtedly take steps to protect it.

Woods, however, can’t stay out of the legal system’s spotlight forever. If—as expected—he intends to enter a guilty plea to reckless driving on Oct. 25, he’ll need to say it in person to Judge Bosso-Pardo.

Michael McCann is Sports Illustrated and GOLF’s legal analyst and the associate dean for academic affairs at the University of New Hampshire School of Law.