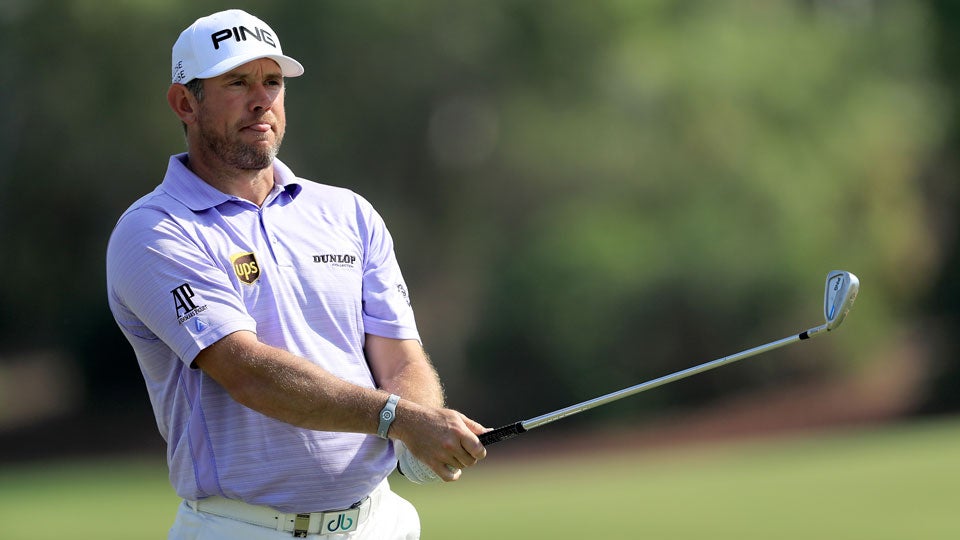 Lee Westwood opened with a 66 in tough conditions at Jumeirah Golf Estates on Thursday.
Getty Images

DUBAI, United Arab Emirates (AP) — The four golfers in contention for the Race to Dubai title were upstaged by Lee Westwood in the first round of the DP World Tour Championship on Thursday.

Westwood shot a 6-under 66 in swirling winds to take a one-stroke lead at the European Tour’s season-ending event in Dubai.

“Some days you feel like there’s a lot of birdies out there but today I think was a pretty stiff test,” Westwood said.

Danny Willett and Alex Noren were best-placed of the players bidding to finish the season as Europe’s No. 1 after shooting 71s on the Earth course of Jumeirah Golf Estates, while Henrik Stenson – the leader in the Race to Dubai standings – shot 72.

Rory McIlroy started the week as the big outsider to win the Race to Dubai and his chances are even slimmer after shooting 75, ending a run of 28 straight rounds of par or lower at the World Tour Championship.

Should Stenson win, he will be Europe’s No. 1 for the second time in four years. He could even finish atop the standings with a top-eight finish, provided Willett doesn’t win or finish second and Noren doesn’t win.

The 43-year-old Westwood, who was the winner of the inaugural edition of World Tour Championship in 2009, made just one bogey – on No. 12 – on a day when winds made scoring difficult. He had three birdies on the front nine and four on the back nine.

“It was all good, really. I played lovely,” said Westwood, playing without his regular caddie Billy Foster who is out with a knee injury. “Hit a lot of fairways, a lot of good iron shots, putted nicely and, you know, didn’t make too many mistakes out there.”

France’s Julien Quesne and Belgium’s Nicolas Colsaerts were tied for second place after 67s, while No. 12 Spaniard Sergio Garcia was tied fourth after a 68, along with Italian Francesco Molinari and Dutchman Joost Luiten.

Stenson made just one birdie and one bogey, being denied a closing birdie on the 18th after his putt from six feet lipped out.

“It wasn’t my best day. I played very average,” Stenson said. “I’d say the good putts I hit didn’t go in, and the bad ones certainly didn’t.”