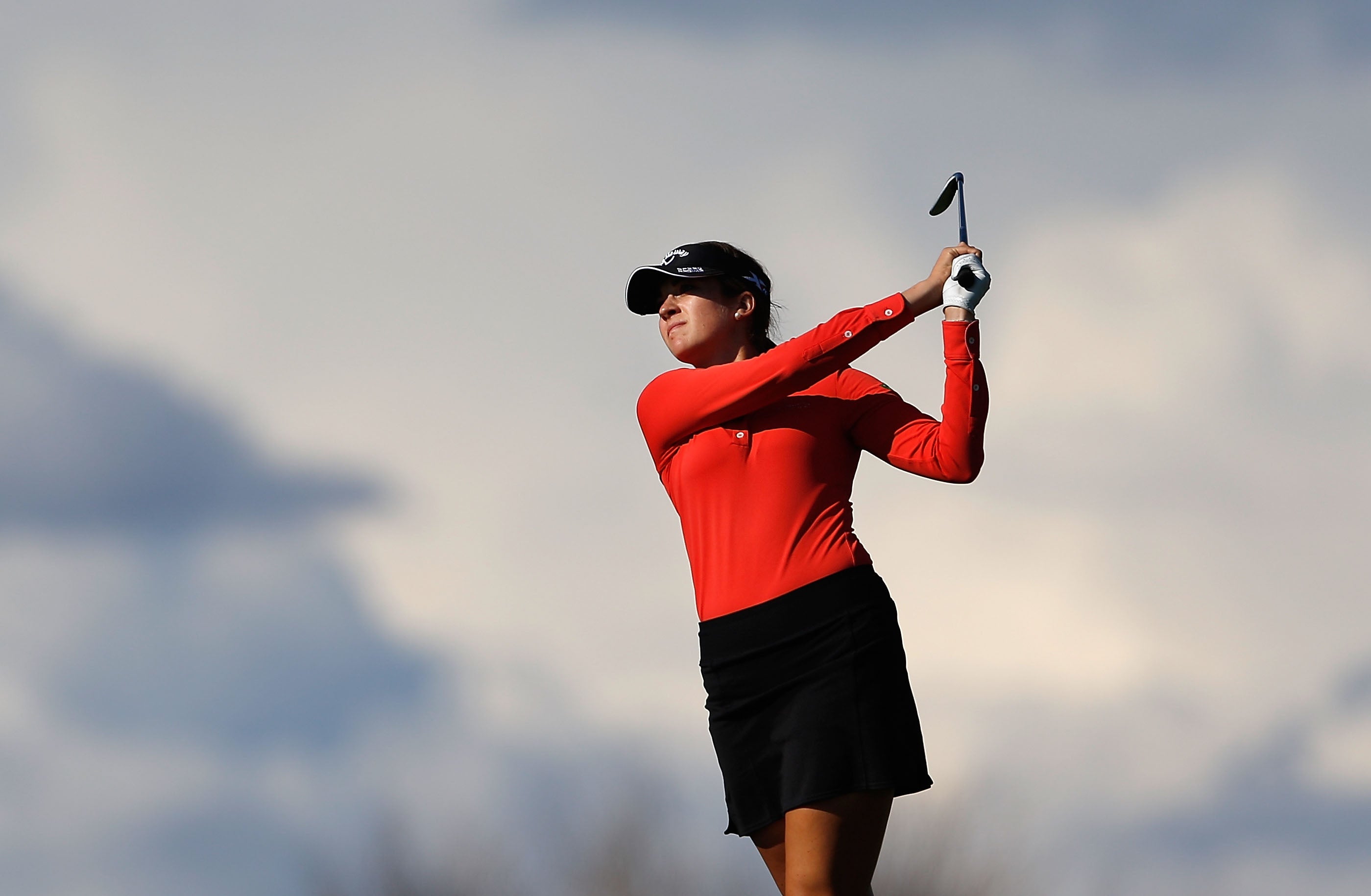 Kim Kaufman plays her second shot on the ninth hole during the first round of the LPGA Founders Cup.
Christian Petersen / Getty Images

PHOENIX (AP) — Kim Kaufman birdied the par-4 18th for a 5-under 67 and a one-stroke lead Saturday morning after the delayed second round of the JTBC Founders Cup.

Kaufman had six holes left when darkness suspended play Friday in the tournament that fell behind Thursday when rain delayed the start four hours. She rebounded after finishing with a bogey Friday, also making a birdie on the par-5 15th.

“Kind of had a rough finish yesterday,” Kaufman said. “It’s kind of hard to split up your round into two days, but I think did I a good job of staying patient. I made some good pars and, fortunately, made a couple birdies.”

Kaufman had an 11-under 133 total at Desert Ridge. From tiny Clark, South Dakota, the 23-year-old former Texas Tech player is in her second full season on the LPGA Tour.

Hyo Joo Kim was a stroke back. She had a 69 on Friday.

Top-ranked Lydia Ko completed a 69 to reach 9 under. The 17-year-old New Zealander birdied Nos. 16 and 17 and saved par on 18 after missing the green.

“You can see by the scores that there’s lots of birdie opportunities out there,” Ko said. “I’ve just got to get aggressive and hole my share of the putts.”

Third-ranked Stacy Lewis, the 2013 winner, also was 9 under along with Austin Ernst, Sei Young Kim and Ariya Jutanugarn.

Lewis played 30 holes Friday. She opened with a 64, making seven birdies in a nine-hole stretch to take the first-round lead, and had a 71 in the afternoon.

Ha Na Jang, the leader at 11 under with seven holes left when play was stopped Friday, finished with a 68 to drop into a tie for eighth at 8 under.

Michelle Wie, paired with Ko, holed a 30-foot birdie putt on 18 to make the cut on the number at 2 under. She also birdied No. 16.

“Those putts are more nerve-wracking than putts to win a tournament,” Wie said. “A lot of putts out there didn’t drop. I needed to get something going.”