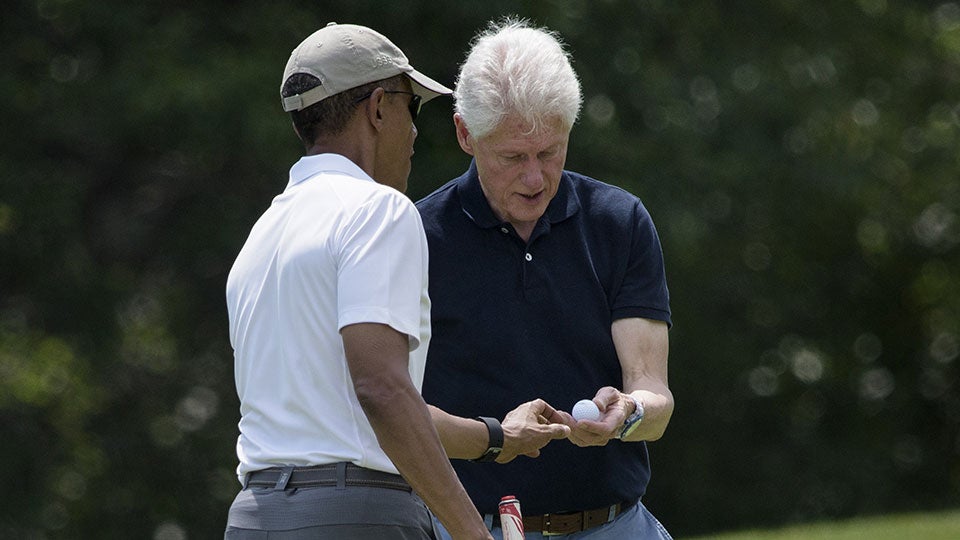 No one is immune to being told to speed it up on the golf course. Not even Bill Clinton.

According to the New York Post, the former president played a round at Montauk Downs State Park in the Hamptons for his 69th birthday, then headed to a nearby mini-golf center with his niece and nephew. While there, he reportedly stopped to talk to a veteran and was taking just a little bit too long between shots.

“One of the little kids didn’t know who Clinton was and got impatient with his chat, saying, ‘Come on, it’s your turn.’ He played two holes with them and took photos.”

Clinton has had a big week on the golf course, as he played with Barack Obama and Vernon Jordan on Saturday at Farm Neck Golf Club on Martha’s Vineyard.