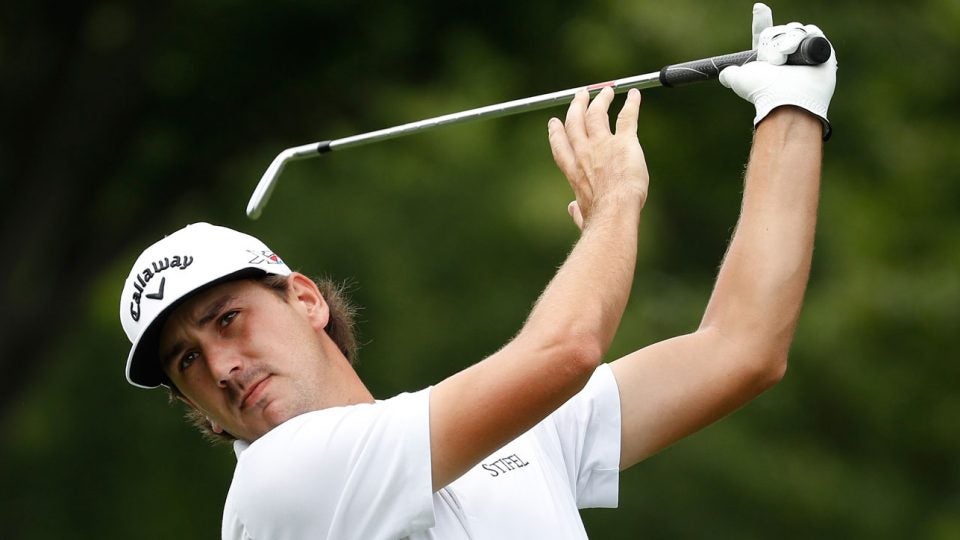 Kelly Kraft withdrew from the Dell Technologies Championship Friday afternoon with an injured right foot, according to PGA Tour officials. He was 10-over through 15 holes when he elected to stop.

Kraft’s day got off to an rocky start when he made a septuple-bogey 12 on his second hole. Here’s how it went down:

After parring the first, he stepped up to the 539-yard par 5 2nd and hooked his tee shot, which traveled 237 yards and settled in the left rough. After punching out across the fairway and into the right rough, he dunked his approach shot into the water short of the green. After dropping 85 yards from the hole, his next attempt found the hazard over the green, and after an unsuccessful attempt from the heather he retreated back to 85 yards again. From there, he rinsed another wedge, this time in the water short. Kraft actually stuck his next wedge shot to 5 feet—but then 3-putted.

Kraft is 64th on the playoff points list and is at risk of dropping out of the 70 players who advance to the next postseason event.

Ryan Moore also withdrew after opening with an 82.