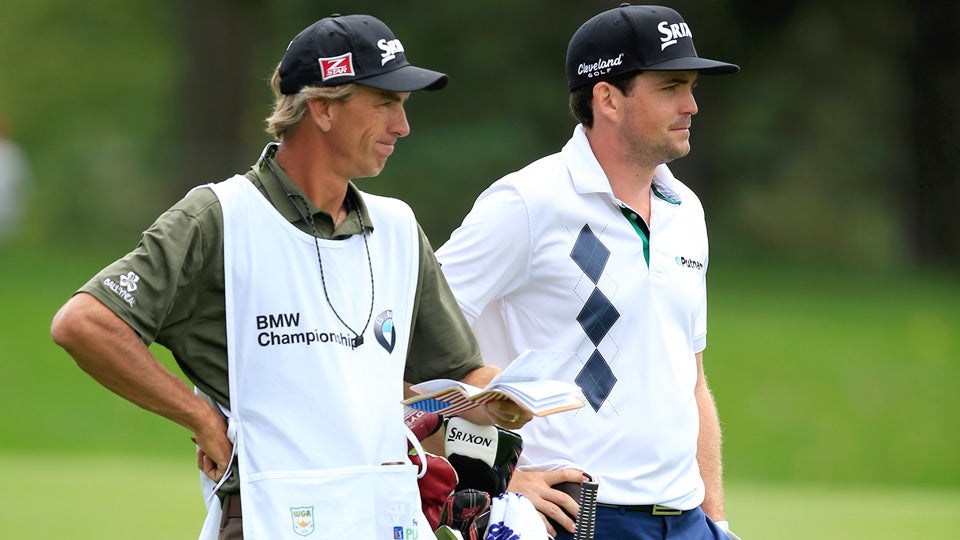 Keegan Bradley, who has missed the cut in eight of 14 starts this season, has decided to split with long-time caddie Steven “Pepsi” Hale.

Bradley, who has dropped to 114th in the OWGR, told Golf Channel’s Todd Lewis that it was time for a change and that he had five great years with Pepsi. Those five years included a PGA Championship win in 2011 and two other PGA Tour victories.

Pepsi, however, might be best known by golf fans for the infamous spat he got into with Miguel Angel Jimenez during the 2015 WGC-Cadillac Match Play.

Chad Reynolds will caddie for Bradley this week. Reynolds previously caddied for Nick Watney, but Watney hasn’t played since January and had back surgery in March. Bradley has struggled in the first half of the 2015-16 season; his best finish was T8 at the OHL Classic in November, and he has just one other top 30 finish. The 29-year-old was one of the players who had to move away from anchored putting this year because of the ban, and he ranks 202nd in strokes gained-putting.

His first round of the Players begins at 1:58 p.m. Thursday.