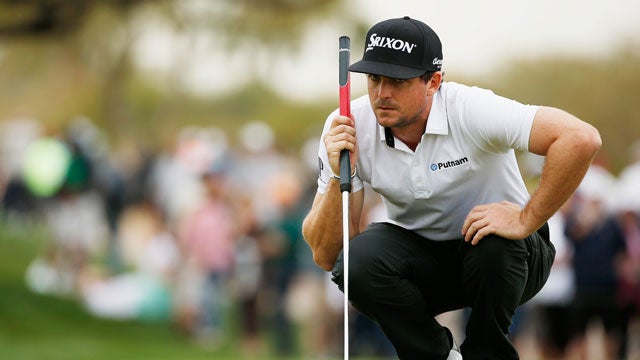 Keegan Bradley sizes up a putt during the 2015 Phoenix Open.
Getty Images

Keegan Bradley won’t be supporting his alma mater on his golf bag any longer.

Bradley previously had the St. John’s University logo on his golf bag but has recently removed it. In an interview with Bloomberg News last week, Bradley said Chris Monasch, the school’s athletic director, does not put golf high on the priority list. Bradley was especially unhappy regarding the school’s decision to fire Bradley’s college coach, Frank Darby.

“I’m pretty disappointed with the school,” Bradley said. “Chris Monasch doesn’t really care about the golf team. He never did when I was there at least.”

Monasch fired Darby in January, at the halfway point of the split college season. Bradley tweeted a statement in February, a few weeks after Darby’s dismissal.

Throughout my life @StJohnsRedStorm has continuously let me down. No idea why I thought this situation would be different.

“We are proud of our Big East champion men’s golf program as well as Keegan Bradley and Andrew Svoboda, who represent the university well on the PGA Tour,” Monasch said in a statement. “St. John’s is fortunate to have former student-athletes who show great support for the program and care deeply about continuing its tradition of success.”

Darby started at St. John’s and had recently led the school to a Big East title in 2014 while being voted coach of the year.