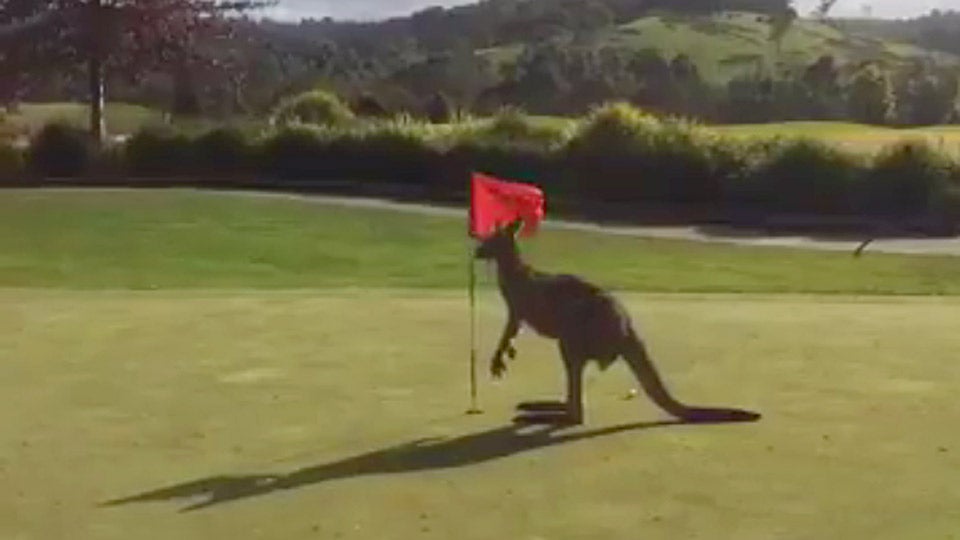 Golf fans can look a bit different Down Under.

While hoping to practice his chipping at Heritage Golf and Country Club in Victoria, Australia, Australian pro Daniel Popovic found a kangaroo holding court on the practice green, playing with one of the flags. A windy day kept the flags whipping enough to sustain the animal’s attention.

“Hey, get off the chipping green,” Popovic says in a video he posted to Twitter. The kangaroo began to leave, but not before becoming distracted once again by another flag.

It is either a really big fan of golf flags or, as evidenced by the punching motions, the exact opposite.

Just wanted to practise my chipping while it’s sunny at @HGCCGolf. This is just a little too kangarude pic.twitter.com/K60FLpwDpR