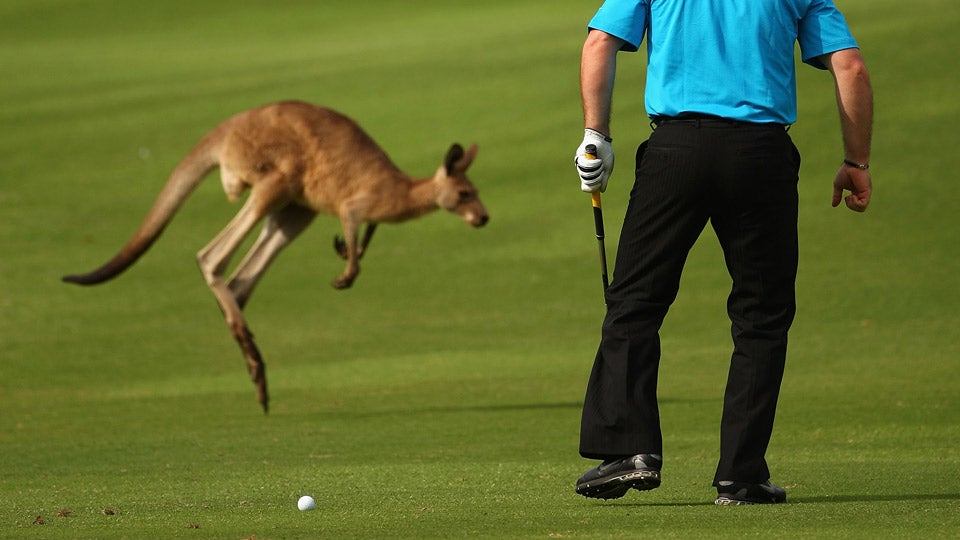 No sport brings its harmless field of play into the wild quite like golf. It opens the door for on-course interaction with birds, squirrels and even kangaroos — apparently.

Two golfers were enjoying their rounds in Queensland, Australia, at Hervey Bay Golf Club when a kangaroo took interest in chasing them. What began as humorous quickly turned into high-stakes as the golfers fled on cart.

Their shriek-filled flight was caught on camera, and it only ceases when the kangaroo loses interest and darts toward the nearby woods. Take a look at the video below. (Warning: There’s some vulgar language used in the video — but not by the kangaroo.)