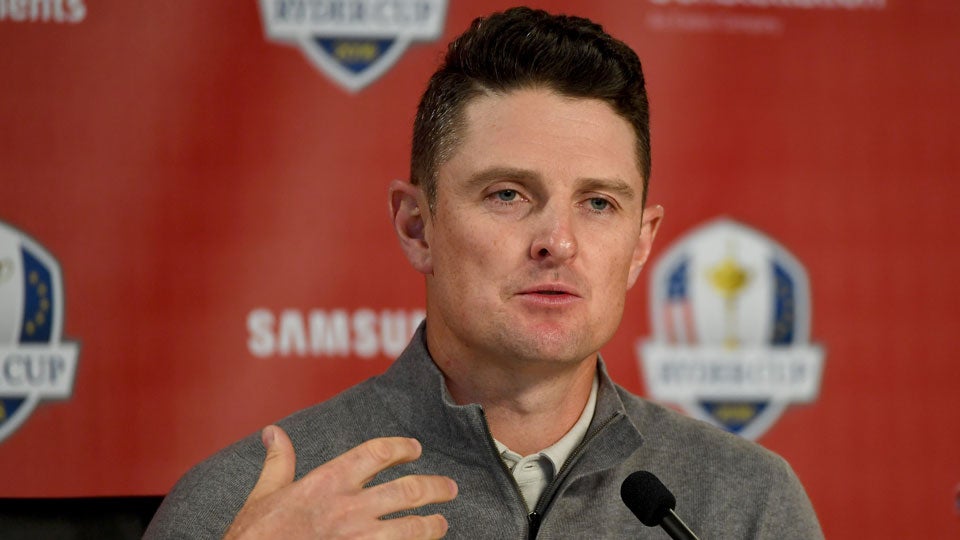 Justin Rose has made only one bogey through three rounds this week.
Getty Images

The Englishman and Dane were on 15-under 195 overall at Hong Kong Golf Club.

Rose began the day with a one-shot lead over his Danish opponent, who never let him out of his sight. Bjerregaard twice nosed in front at the par-70 Fanling Course before settling for shared honors.

Rose completed another bogey-free round – he has made only one bogey all week – and finished with a solid 6-under 64, which included two eagles and two birdies.

“It was really a fun day playing with Lucas and flip-flopping birdies and eagles and stretching away from the rest of the field,” said Rose, who had monster putts of 25 and 50 feet on Nos. 3 and 13 respectively for eagles.

Bjerregaard rolled in eight birdies to card 63, the best round of the day, and only a bogey at his final hole prevented him enjoying the sole lead going into the final round.

Ian Poulter started two shots behind leader Rose but carded a disappointing 3-over 73 to finish 11 shots off the pace.

Poulter had made a frantic dash to make it to the Hong Kong Open and was only able to play because American Rich Beem had given up his spot so that the Ryder Cup star could meet the requirements of keeping his European Tour membership.

“The tank was empty and I’m really gutted,” Poulter said.