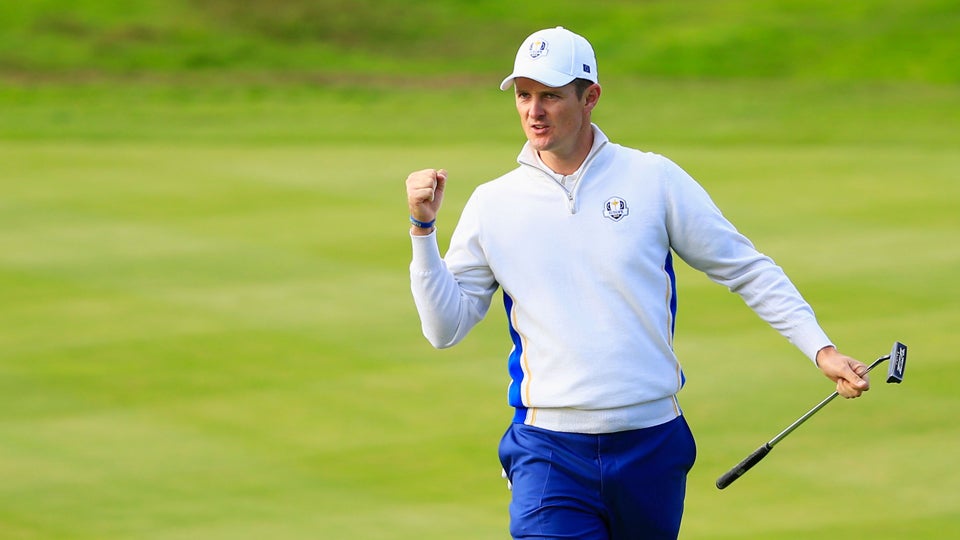 Justin Rose has been on two winning Ryder Cup teams, but he says the Europeans should be wary of the U.S. squad this fall.
Getty Images

The U.S. Ryder Cup team has had its struggles, but Team Europe mainstay Justin Rose says his side should be wary of the Americans.

In an interview with Ryan Asselta that aired on GOLF Live on Tuesday, the 19-time PGA and European Tour winner called the U.S. Ryder Cup team “a sleeping giant” as both sides prepare for the 2016 event at Hazeltine National in Chaska, Minnesota.

“Although the record is skewed, I feel like it’s been a lot closer than it is,” said Rose, whose Europeans have won six of the last seven meetings. “I think we go into this, or certainly I go into this next Ryder Cup with no illusion that we are playing an incredibly tough team. It’s almost like you’re waking a sleeping giant, in a way, because the American team is getting very hungry. They’re not liking being on the receiving end of so many defeats.” Rose pointed to the crop of young talent anchoring the U.S. team’s roster in coming years.

“You had Jordan (Spieth two years ago), and obviously Patrick Reed,” Rose said. “But Dustin (Johnson) and Rickie Fowler — guys who haven’t really had as many defeats under their belt — they’re the guys who carry the team through.

“We’re not resting on our laurels. There have been some very close Ryder Cups in the last few years. … So I think it’s very important for us to go into the Ryder Cup staying very, very hungry as a team. And knowing that we’re going to be up against it.”

Rose also referenced the 2008 Ryder Cup, in which the Americans won using captain Paul Azinger’s heavily praised pod system. He said the U.S. “seemed like a much more united force than we did. I think Paul Azinger did a great job with his team there.”

2020 PGA Championship Live Blog: Can DeChambeau, Tiger make a charge in Round 2?