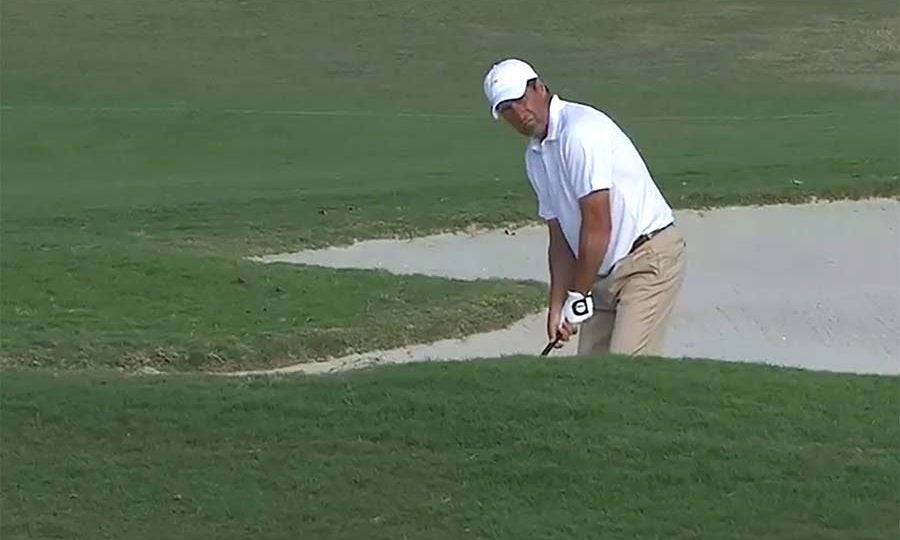 Jose Maria Olazabal finished his PGA Tour Champions debut in style — but with a little help from the grandstand.

The two-time Masters champion was playing his third shot from a bunker on the par-5 18th during the final round of the Allianz Championship on Sunday in Boca Raton, Fla., but he caught the ball thin and soared it past the hole. Luckily for him, the stands behind the green were in the way and ricocheted the ball onto the green and just feet away from the pin. He two-putted for par and shot an even-par 72. Check out the shot below.

Off the grandstand, on the green.

He didn’t plan it, but rookie Jose Maria Olazabal will take it. pic.twitter.com/5F3EMeAWny