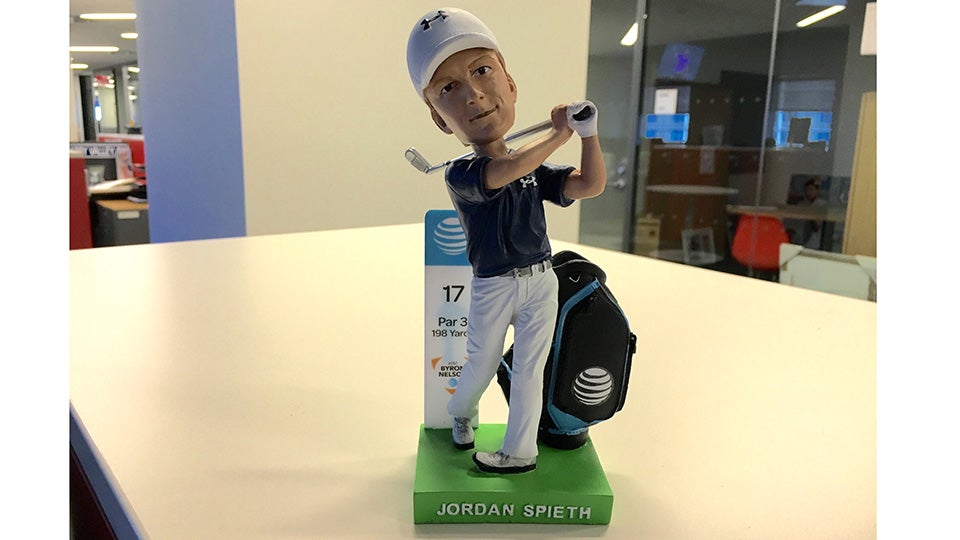 The first 8,000 fans through the gates for Saturday's third round of the AT&T Byron Nelson will receive a Jordan Spieth bobblehead.
Courtesy AT&T

Fans attending the AT&T Byron Nelson in Irving, Texas, this weekend will have an opportunity to take home Jordan Spieth.

A Spieth bobblehead doll, that is.

The event will be handing out the pocket-sized bobbleheads to the first 8,000 fans in attendance for the third round on Saturday at TPC Four Seasons Las Colinas. (AT&T has sponsored Spieth since 2014.)

As Spieth (and bobblehead) aficionados might know, the giveaway is the second large-scale distribution of Spieth bobbleheads following the 2016 AT&T Pebble Beach National Pro-Am. Some of those collectibles are fetching as much as $130 on eBay.

Will the hype help the world No. 2’s mojo? Spieth missed the cut at last week’s Players Championship (72-71), his first professional event since his disappointing Masters finish.