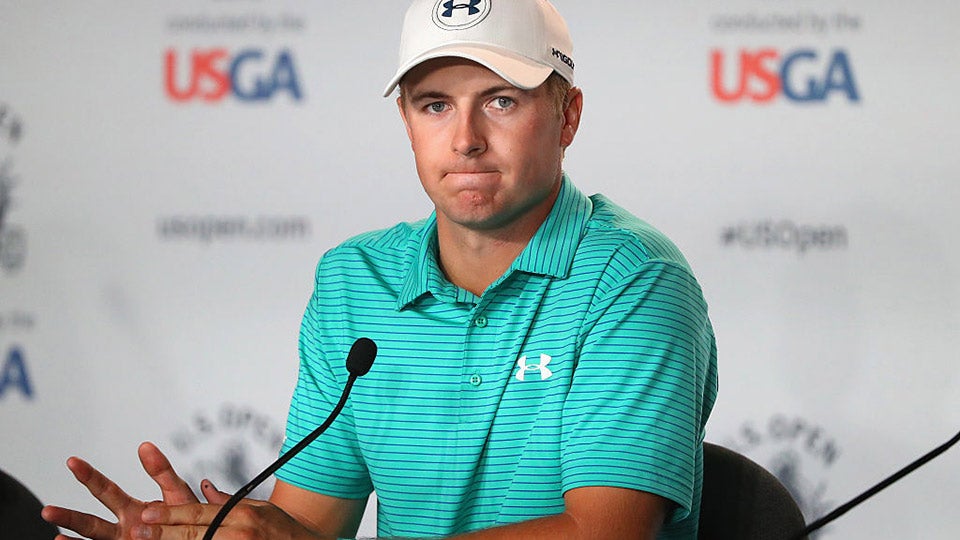 In a press conference ahead of the 2016 U.S. Open, Jordan Spieth spoke to reporters about some hesitations over the upcoming Olympics in Rio.
2016 Getty Images

OAKMONT, Pa. — Jordan Spieth has supported golf’s return to the Olympic Games, but the defending U.S. Open champion was quick to correct one reporter’s assumption during a press conference prior to the start of this week’s national championship.

Asked why he’s “made the decision to for sure go” to Rio despite Zika virus and infrastructure concerns, Spieth quickly responded: “You are putting words into my mouth, sir,” proof that he may not be 100% committed.

Pro golfers’ busy summer schedule as well as the threat of the mosquito-borne Zika virus has caused some top players to drop out and others to express their hesitation.

South Africans Louis Ooosthuizen and Charl Schwartzel have dropped out of contention, as have Australians Adam Scott and Marc Leishman and Fiji’s Vijay Singh.

“I’m not sure where I’ll play next, even after this week,” Spieth said. “You never know. Right now I’m pretty confident with what we have heard from not only the PGA Tour but our personal outreach. I think being an Olympian is just an absolute tremendous honor, but does being an Olympian outweigh any kind of health threat? No. If I thought that the threat was significant I certainly wouldn’t go, but based on what’s come to my knowledge at this point it seems like it’s going to be an extremely memorable experience and I look forward to trying to win a gold for the United States.

Spieth is the top-ranked American for Olympic qualifying. Bubba Watson, Rickie Fowler and Dustin Johnson are all currently in line to make the U.S. squad as well.