Jordan Spieth Vaults Over Rory McIlroy as New No. 1 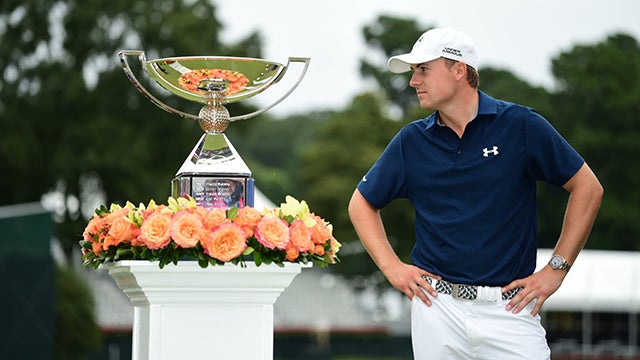 Jordan Spieth picked up right where he left off. The 20-year-old who started the 2013 season with no status and finished ranked No. 20 in the world dropped five birdies on the front nine and sits in a four-way tie for fourth place.
Getty Images

HAVEN, Wis.—He may not have won the PGA Championship this weekend, but Jordan Spieth still made history.

The 22-year-old finished in second place, vaulting him ahead of Rory McIlroy as the number one player in the world.

Spieth claims the top spot for the first time in his career, completing his memorable string of 2015 majors with a 17-under finish at Whistling Straits. Only Tiger Woods was able to claim the No. 1 ranking at a younger age than Spieth. He was asked about his feat after his Sunday 68.

“I also accomplished one of my life-long goals in the sport of golf,” Spieth said. “That will never be taken away from me now. I’ll always be a No. 1 player in the world.”

McIlroy, who finished 17th, held the spot since winning the 2014 British Open a little more than one year ago.

“If he was to get to No. 1 today,” McIlroy said after his round on Sunday, “I’d be the first one to congratulate him because I know the golf you have to play to get to that spot, and it has been impressive this year.”

He followed it up with a congratulatory tweet after Day and Spieth finished.

2 inevitable things happened today, @JDayGolf winning a major and @JordanSpieth getting to 1 in the world! Congrats guys!! Inspiring stuff!

Spieth began 2015 ranked 9th in the world, ascended to the top five and eventually second after winning the Masters. He inched closer to McIlroy while he was absent with an ankle injury. 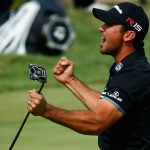 His 17-under finish at Whistling Straits pushed his 2015 combined majors performance to 54-under, a record topping the 53-under number Tiger Woods posted in 2000.