Jordan Spieth, the Latest Golfer-Athlete, Is a Coach’s Son 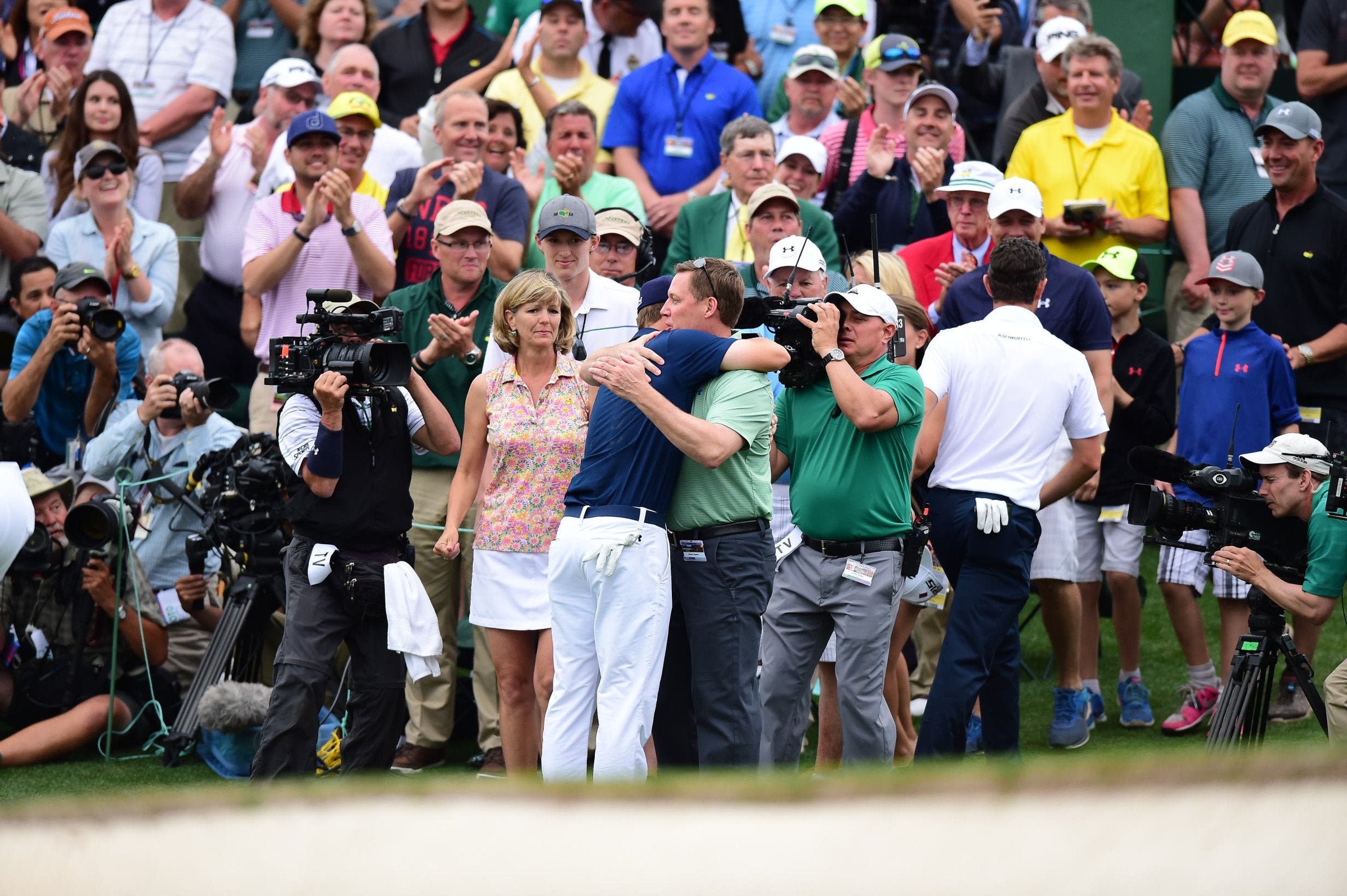 Sometime early in the Tiger Era it became fashionable to say that golfers were at last athletes. The truth is, they always have been, born with the holy trinity of athletic gifts: eye-hand coordination, fast-twitch muscles and balance. Elite golfers have always had the same I-got-this mind-set enjoyed by the top batters and sprinters and gymnasts.

That was true for Walter Hagen when he was winning all those PGA Championships in the 1920s while wearing cologne that smelled like last night’s champagne. It was true when Jack Nicklaus, tugging on a cig between shots, was winning and top-tenning in one major after another in the 1960s. And it remained true last month when Jordan Spieth won going away at Augusta at the ripe old age of 21.

The young master doesn’t carouse, and he doesn’t smoke. Does anything about him scream NBA (natural born athlete)? No, but he is one. The kid from College Pro Painters working on your house only looks like his twin brother. He’s not.

Jordan doesn’t have a twin, but he does have a younger brother, a 19-year-old sophomore at Brown, a 6’6″ guard on the Bears’ basketball team. As kids both boys played everything, and in high school each found his own sport. Last week, on a break between the classroom and the library (he is a business, entrepreneurship and organizations major), Steve Spieth talked about his mother’s athletic life (Chris played basketball at Moravian and is an avid runner today), his father’s (Shawn played baseball at Lehigh and spent years coaching youth basketball) and the similarities between his sport and his brother’s. All that, and Providence’s status as a world-class pizza town too.

You may also like What Happens After you win the Masters: Jordan Spieth Edition

“My mom says that coming out of high school, she had the highest free throw percentage in the country,” Steve said. “I don’t know what it was, but I’m pretty sure mine is higher.” In two seasons at Brown, Steve is 192 of 231 from the line, an .831 shooter. Two sentences in, and you can tell that the kid is competitive, confident and spirited, much like his brother.

I asked Steve about the similarities between sinking 15-foot free throws and holing five-foot putts.

“In both of them, you gotta keep your legs underneath you,” he said. “And you gotta put in the reps so you have the confidence to know you’re going to make them when it counts.” All good free throw shooters make it look simple. Jordan plays golf that way — he makes it look simple. Simplicity is a significant part of his appeal.

Jordan was in the class of 2011 at Jesuit Prep in Dallas, and Steve was in the class of ’13. Steve says he and Jordan inherited the talent gene from their mother and the competitive gene from their father. Shawn coached both boys when they played basketball in their middle-school years, when they attended the St. Monica Catholic School. Jordan’s eighth-grade team was a juggernaut, and Steve’s was even better. Winning was ingrained.

Steve’s friends still call his father Coach. Shawn fulfills that role in Jordan’s golf life too. Not in any formal sense. It’s more his every-day message: Get after it. When defeat visited the Spieth boys, Dad was always there with a postgame hug. Then Coach moved in: What went wrong, and what are you going to learn from it? Jordan has always been a fast learner. Last year at Augusta he was tied for the lead through 54 holes with Bubba Watson. On Sunday, Bubba was loose. Jordan was tight. Bubba won. One year later, Jordan looked like a well-oiled machine, from start to finish.

Steve was there. He flew from Boston to Philadelphia to Columbia, S.C., where his father picked him up for the 70-mile drive. I asked Steve what it was like on Sunday night, after the final putt, the Butler Cabin ceremony, the winner’s dinner in the clubhouse with members. What was it like when it was just the family again? There are five Spieths, the parents, the brothers and their kid sister, Ellie, the family cheerleader.

“It was all pretty normal, really,” Steve said.

Steve seems preternaturally mature, like his brother. Some of that must be nature, but more of it, I’m guessing, is nurture.

“There are things more important than sports,” Steve said. “We got that instilled by our parents, by our Jesuit education and by having a sister with special needs. You’re not going to play sports forever. Jordan won the Masters, but he’s the same person.”