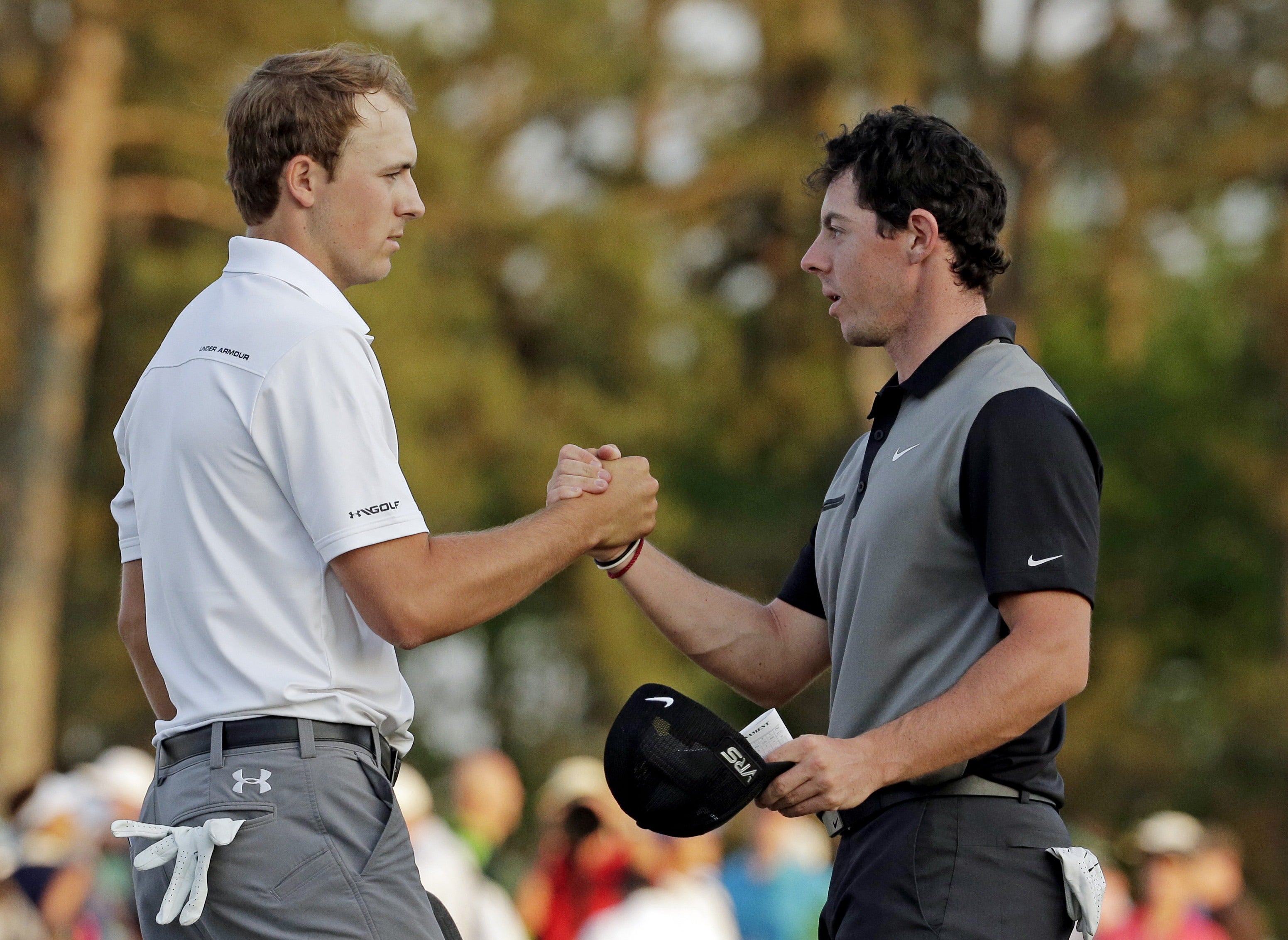 Jordan Spieth shakes hands with Rory McIlroy on the 18th green following the second round of the 2014 Masters.
Charlie Riedel

Jordan Spieth has the opportunity to dethrone the injured Rory McIlroy as the No. 1 player in the world this weekend at the WGC-Bridgestone Invitational in Akron, Ohio, but it won’t be easy. Spieth is the odds-on favorite at Firestone Country Club, but he only passes McIlroy if he wins the tournament.

The 22-year-old Texan began his week elsewhere in the Midwest, with a pair of rounds at Whistling Straits in Kohler, Wisconsin, the host of next week’s PGA Championship. Spieth posted a photo collage on Instagram alongside Justin Thomas and Gary Woodland from the Lake Michigan-bordering course. Thomas also tweeted.

P-rounds Sunday and today at Whistling.. Place is incredible! @justinthomas34 and Gary providing the long ball

If Spieth wins the Bridgestone, he’ll end McIlroy’s reign of barely more than a year. It was after winning the 2014 British Open that McIlroy jumped to the top spot.