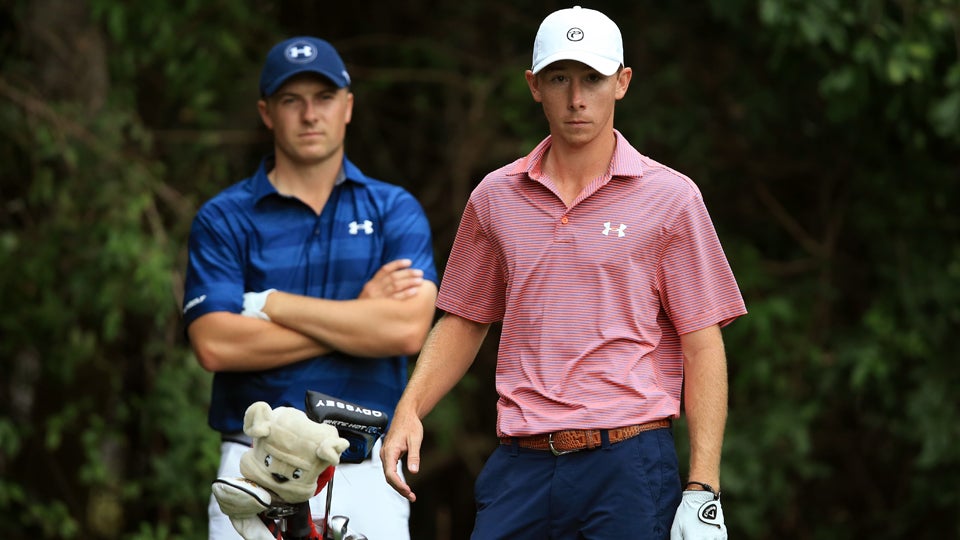 1. Charl. It still mystifies me this is only his second win in the U.S. But that big-time final round in tough conditions makes it pretty clear this won’t be Schwartzel’s last victory on these shores.

2. Lee McCoy. He’s the most charming kid to make the scene since Jordan Spieth. Wait, they’re the same age? Kinda puts Spieth’s accomplishments in perspective, no? 3. John Kasich. This is what the country needs, a leader who can unite all of us with a cause that promotes the greater good. And I think we can all agree that under President Kasich that will mean watching more Golf Channel. 4. Scott Hend. The Year of the Aussie continues as this bomber wins a Euro tour event in Thailand. And you gotta love the victory celebration – in the post-Anthony Kim era, no golfer has seen that much champagne. 5. The King. Bummer news out of Bay Hill that Arnold Palmer’s role will be reduced this year as he’s starting to slow down at 86. But this week is still a chance to celebrate a national treasure. 1. Jay Haas. See, I told you he should have made Koepka a captain’s pick.

2. Jordan. His play was ragged for two of four rounds and he was grouchy on social media and with his caddie. Otherwise, it was a nice steppingstone toward Augusta.

3. Graham DeLaet. This preeminent ballstriker is now oh-fer-137 on the PGA Tour. But I did enjoy his Saturday night bravado, predicting a victory. If you don’t believe in yourself, nobody will.

4. Chang Ho. What a weird story out of the LPGA, where Ho—father to red-hot golf Ha Na Jang (below)—accidentally dropped a piece of luggage on defending U.S. Women’s Open champ Gee Chun, who is out for two weeks with minor injuries to her back and pelvis. Now there are dueling press releases and disputes about the nature of the apology. I can’t believe there’s not an LPGA reality show on the Golf Channel. Do I have to do all the wor k around here?

5. Ian Poulter. At the 11th hour this match-play shark got bounced from the Match Play field. I’m okay with him trying to get a troll bounced from the tourney but you can’t then immediately hit one in the water. It’s just bad optics.