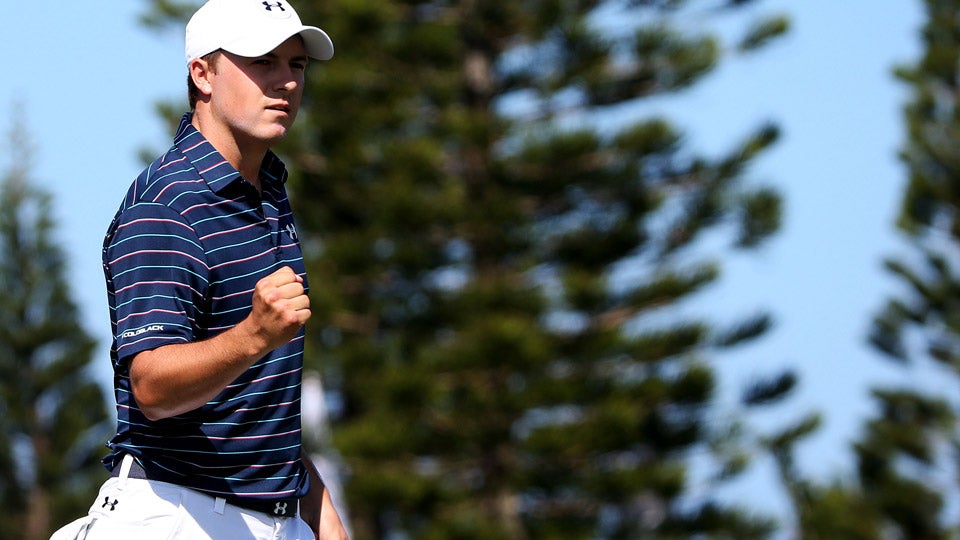 1. Jordan. Meet the new boss. Same as the old boss. 2. Brandon Stone. The 22 year-old won his first Euro tour event on home soil, at the South African Open. Does this little country incubate good golfers in a secret lab?

3. The Best Coast. This generation of young stars has more of an affinity for playing out West, and this year’s swing is reaping the benefits with boffo fields at Kapalua, Sony, Pebble and L.A., among other stops. I commend these players for their good taste.

4. JDay. It’s great to see the new dad back in action after three months away. A rusty top-10 isn’t a bad way to start.

5. Robert Allenby. His return to Hawaii this week is manna from heaven for golf writers and assorted wags across the Internet.

1. Rickie Fowler’s high-tops. Michelle Wie is ultra-stylish, but I’m not sure dudes on the PGA Tour should be taking fashion cues from her.

2. Brooks. Nobody was going to catch Spieth this week, but as his beswooshed playing partner, the long-hitting Koepka could have at least applied a little pressure. Instead he bogeyed the first two holes and went meekly from there.

4. Daniel Brooks. At the South Africa Open he had a two-shot lead at the turn but let it slip away on the final nine. It doesn’t matter what continent you’re on, it’s hard to close.

5. Golf ads. Did you know that every single driver on the market will give you an extra 15 yards? And each new ball is the longest, softest version yet? Some of these pros change gear every few years, always adding 20 yards each time. By my math, they should all be driving it 500+ by now.