Jordan Spieth jumps into contention after Saturday 68 at Masters 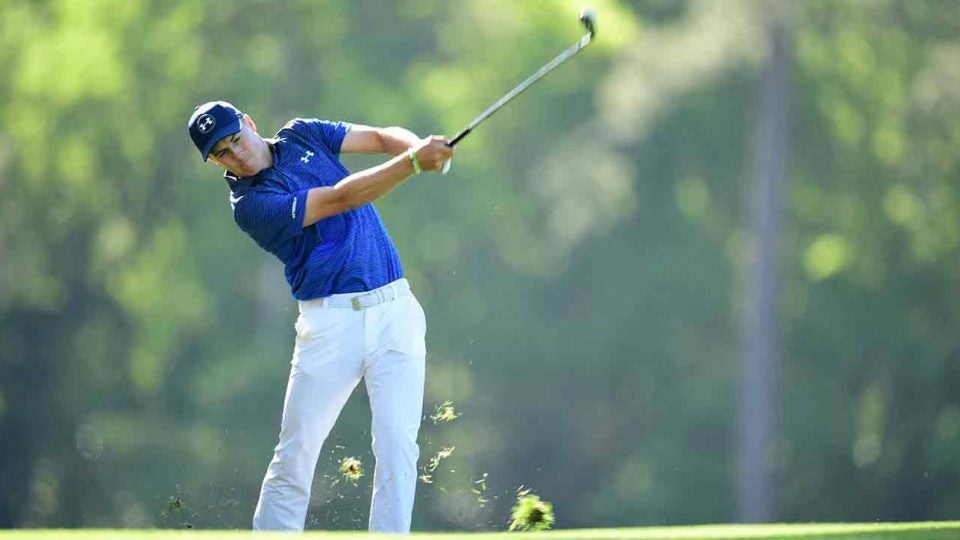 Jordan Spieth takes a big cut during the third round of the Masters on Saturday.
Fred Vuich/SI

AUGUSTA, Ga. — For a player who started his second round a daunting 10 shots behind the leader, Jordan Spieth is back in the mix at the 81st Masters.

Spieth shot a third-round four-under 68 on Saturday at Augusta National to get to four under for the tournament. He’s tied for fourth and two shots behind 54-hole leaders Justin Rose and Sergio Garcia, who are six under. Rickie Fowler is alone in third at five under.

Spieth, who started the day four shots behind Hoffman, was three under on the front nine Saturday and added birdies on 13 and 14. His lone blemish was a three-putt bogey on the par-3 16th.

The 23-year-old Texan shot 75 Thursday after his round was derailed by a disastrous quadruple-bogey on the 15th hole. Since that hole he’s been eight under for the tournament.

Spieth won the Masters two years ago and has never finished worse that tied for second in his three appearances. A quadruple bogey on the 12th hole during last year’s final round robbed him of a second green jacket.