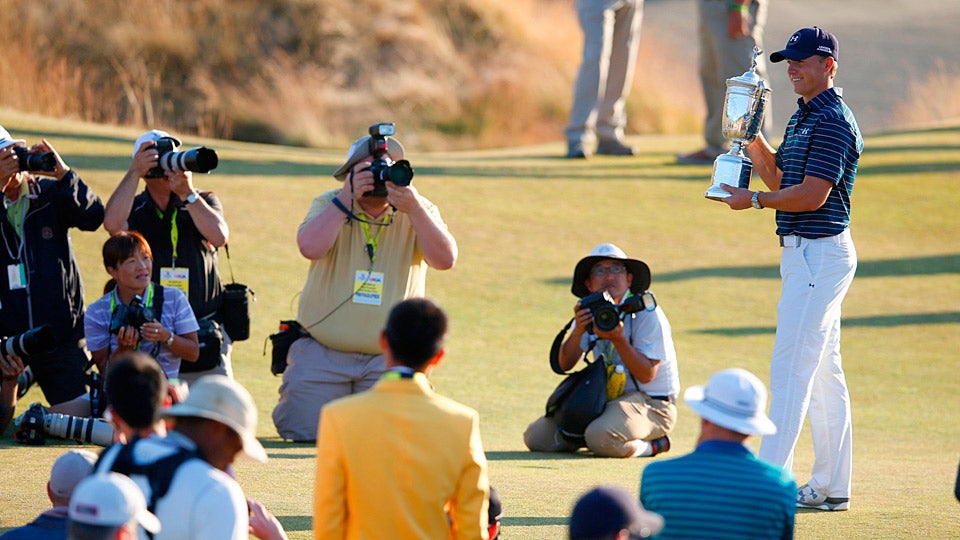 Now that Jordan Spieth has the first two majors of the year securely in his hands, the Grand Slam watch is in full effect.

Spieth is off to a record-breaking start to 2015, and his career. The still 21-year-old became the second-youngest Masters champion ever with his win in April, one which also saw him tie Tiger Woods for the all-time scoring record at Augusta (-18). By claiming the trophy last week at Chambers Bay, Spieth became the youngest U.S. Open champion since the great Bobby Jones in 1923.

But can he double down and win the final two majors of the year as well? The people at fivethirtyeight.com crunched the numbers and determined that his chances are low…really low. One percent to be exact. While statistics are not always reliable, especially in an unpredictable and variable-filled game like golf, it does underscore just how monumental of a task winning all four majors in a row is. If Spieth were to accomplish the feat, he would become the very first player to win a professional, calendar-year Grand Slam.

You can read all about how fivethirtyeight.com calculated their prediction here.