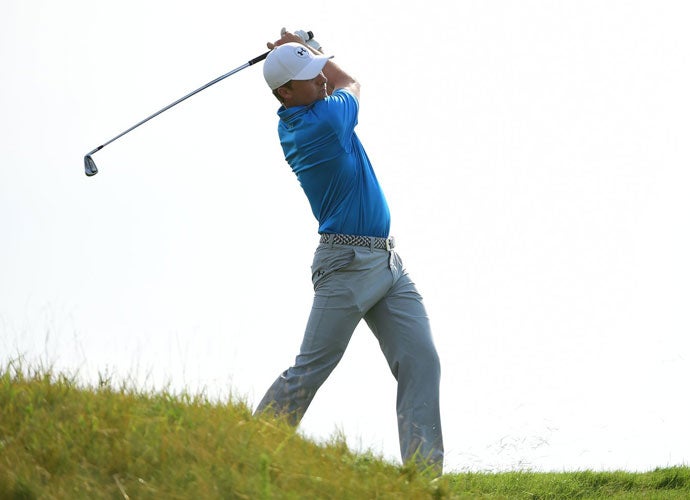 If you haven’t figured out by now just how good it is to be Jordan Spieth, you probably never will.

The 22-year-old Masters and U.S. Open champion spoke to the media for about 30 minutes on Tuesday during a press conference before The Barclay’s, which kicks off the FedEx Cup Playoffs Thursday.

Among the questions Spieth, a Texan, was asked was if he ever gets heckled for being a Dallas Cowboys fan. He said he doesn’t too often and added that he’s actually spent some time with Tony Romo and other players.

“And to get to know some of the guys—Tony (Romo) got to inviting me to dinners,” Spieth said. “I went to, it was kind of a weekly thing. I would go with he, Jason Witten, Dez Bryant, DeMarco Murray when he was still in Dallas, and Brandon Weeden and then a couple other guys. Boy, it was a really good time getting to know those guys when I root so passionately for them on Sundays. It was kind of a slap-yourself moment that these guys want to meet me, too. It’s an awesome experience. If they didn’t, they played it off like they did. Made me feel good.”