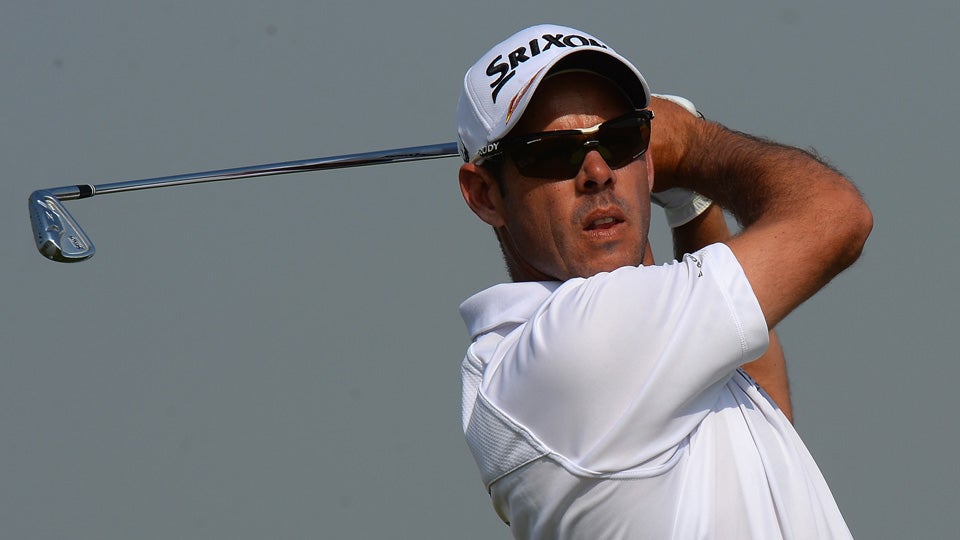 Oh, Rory, Rory, Rory, you silly little man. First of all, what adult uses the word ‘kickabout’ with a straight face? Secondly, what on earth are you doing playing soccer on the eve of the Open, which will be played on a track where you own a piece of the course record?! Yes, I know, golfers need to have a life, too. By all means, Rory, play soccer and tennis, go skiing, do whatever you want with that gorgeous body of yours. But there’s a time for that: to be precise, it’s September thru February.

1. Robert Streb. Who cares that he lost the playoff? That back-nine putting with the wedge was one for the ages.

2. Jordan Spieth. As if he isn’t already adored enough, homey now gets to be endlessly feted for staying true to the lowly tourney that helped launch his career. And with McIlroy out, the road to the Slam just became a little bit easier.

3. The U.S. Women’s Open. Best tourney of the year on the LPGA, at an old jewel of a course. Sign me up.

4. The L.A. Galaxy Foundation. Forget the political overtones, all the players in this fundraiser are now spared having to play Trump LA, what is, for my money, the least-fun golf course in America.

5. Danny Lee. What a long road it’s been for the 2008 U.S. Amateur champ. Now that he’s nabbed his first Tour win I suspect it will be a little easier to finally get a girlfriend.

1. Donald Trump. What all of this has revealed is how fake the golf world’s partnerships with the man have always been. Golf wants his courses and his money but otherwise have little use for this character, and finally Trump has given the sport a chance to begin divesting itself. Expect more dominoes to fall.

2. Kevin Kisner. You gotta admire that the guy keeps putting himself in a position to win, but after three P-2s in three months Kisner really, really needs to find a way to get it done.

3. Tiger. I’m glad he feels he’s hitting it better, but, sorry, it’s hard for me to get excited about a tie for 32nd at a B-list event with some of the year’s easiest scoring conditions. 4. The Duf. And not just because we’re approaching the two year anniversary of his last win.

5. Jaco Van Zyl. He coughed up a three-shot lead at the French Open on Sunday. To a guy, Bernd Weisberger, who is sorely missing a vowel, no less.