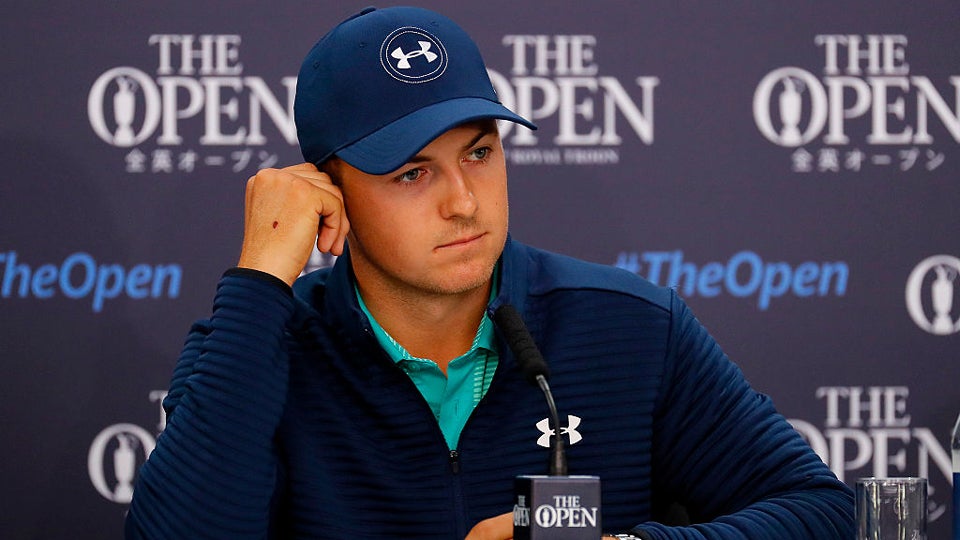 Just one day after it was announced he would not be taking part in the Rio Olympic Games, Spieth sat down at his British Open press conference, ready for those questions. After he was introduced, the 22-year-old smiled and said, “I can already see by far that’s going to be the easiest question I receive.”

Spieth made very clear his decision not to compete in the 2016 Olympics was made personally, without much influence from peers, and was based strictly on his loosely defined “health concerns,” which he referenced six times throughout the press conference. As for that future, Spieth affirmed it’s a “major goal” of his to qualify for the 2020 Olympics in Tokyo, noting it will be difficult to watch the opening ceremony in Rio knowing he could have been there. Right now, he’s just one of the few American athletes who had the ‘yes/no’ option of choosing to be an Olympian, and elected ‘no.’

“This was probably the hardest decision I’ve ever had to make in my life,” he would say. “This was something I very much struggled with. I bounced back and forth with [it] and ultimately a decision had to be made yesterday, so I made it.”

Spieth was most adamant that “health concerns” for him is a general concept. The Zika virus that many other top players have cited as reason for not playing in Rio is just one of many for Spieth, who refused to clarify other reasons or share any medical advice he received.

His deadline exit from consideration has now made an Olympian out of American Matt Kuchar, ranked 15th in the world, who will round out the American men’s team alongside Bubba Watson (No. 5), Patrick Reed (No. 13), and Rickie Fowler (No. 7), who committed to the competition while he was sitting next to Spieth Sunday.

Just as Spieth was prepared for the Olympic line of questioning, his departure from Olympic consideration can only come with mild surprise. Though at times the all-American boy seemed destined to take part in the event, he never fully committed. Not once did he promise to be all-in on Rio.

Spieth even went so far as to ridicule a reporter at last month’s U.S. Open who misquoted him, insinuating that Spieth was committed to the event. “Do I think being an Olympian outweighs any significant health threat,” he questioned aloud 29 days ago. “No. If I thought that the threat was significant, I certainly would not go.”

But in fairness, it was back on March 30 that Spieth revelled in the idea of attending the opening ceremony. It was on January 20 that he said winning a gold medal this year would be just as significant as winning a third major championship. Somewhere along the way, Spieth’s Olympic determination — at least for 2016 — was thwarted by “health concerns.”

During his British Open press conference, he was asked 13 times about the Olympics. Only four other questions were asked. Just as the microphone was being pulled away from him Tuesday afternoon, Spieth offered an audible wiping of his hands.

“Is there a tournament this week?”