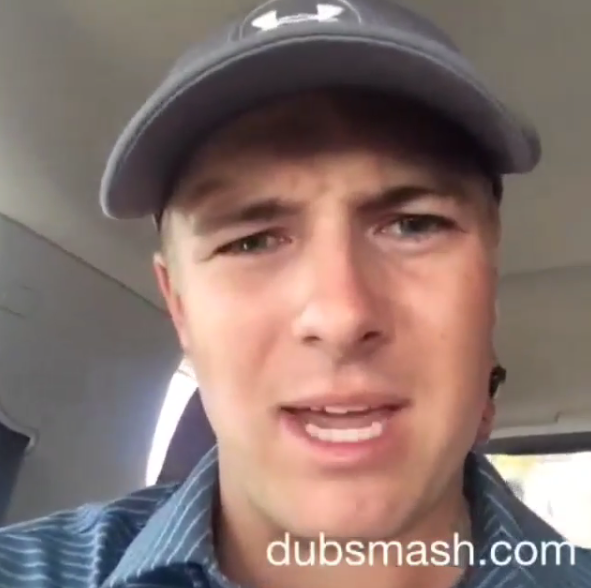 Jordan Spieth is fully invested in the FedEx Cup Playoffs.

He even took to Instagram with a little “Playoffs?!” humor, channeling his inner Jim Mora Sr. just ahead of The Barclays.

The PGA Tour posted a video on Instagram Thursday of Spieth using the app Dubsmash, which overlays popular audio on self-shot video. In playoff selfie mode, Spieth emulated the famous playoffs rant that Mora made back in 2001 when his Indianapolis Colts were vying for a postseason spot and had just lost to the San Francisco 49ers.

Spieth is nowhere near the dire scenario Mora and the Colts were in, but the 22-year-old pulls off the rant pretty well.

@jordanspieth knows what time of the year it is. #FedExCup