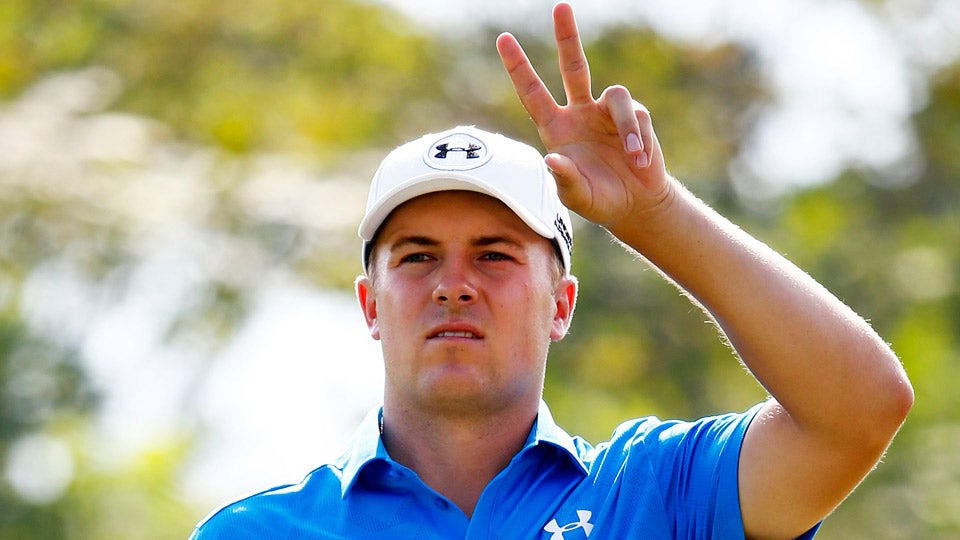 Jordan Spieth during the first round of the BMW Championship.
Getty Images

Jordan Spieth has had quite the year on Tour, and his season took yet another turn for the magical on Thursday when the world no. 2 aced the par-3 second hole at the BMW Championship.

Thursday night, Spieth announced that he would celebrate by buying pizza (Chicago deep dish, of course) and drinks for the media after Friday’s second round. The two-time major winner also suggested he would buy drinks for anyone else he saw Thursday night.

Ace!! Deep dish and drinks will be at the media reception tomorrow afternoon! Anyone else.. If I see you tonight I’ll buy!

You can watch Spieth’s first-round ace below.