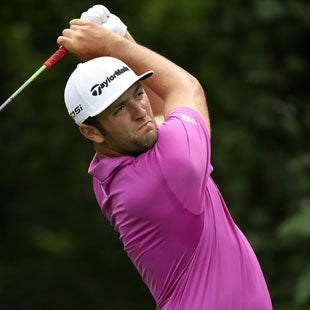 [This interview appeared in the February 2017 issue of GOLF.]

When he turned pro after last year’s U.S. Open, Jon Rahm was the world’s top amateur. Now, the trick for the talented Spaniard, 22, is to keep the great expectations (including his own) in check.

After a great run at Arizona State and three top 10s on Tour in 2016, this will be your first full year on Tour. What advice have you received?

“Keep doing what you’re doing.” The first time I played a Tour event, I thought I had to hit more balls than anyone, spend more time on the course than anyone. Now I know I don’t need to do anything special. What I’ve been doing, as a player, has been working. It’s gotten me all the way here, and it’s most likely going to take me to the next step.

Who are your mentors?

Sergio [Garcia], my countryman, and Phil Mickelson, because I’m represented by his brother, Tim. Phil has a ton of experience to share with players like me. Every time I play with someone, I ask simple questions. And what everything comes down to is staying true to your game and to the person you are.

You turned a lot of heads when you tied for fifth at the 2015 Phoenix Open as an amateur. Did you surprise even yourself?

My first Tour event was [the OHL Classic at] Mayakoba, as a junior in 2014. I worked with my mental coach, and we both said, “Unless I magically play amazing, it’s going to be hard to win it, so just learn as much as you can about yourself and from other players, absorb as much as you can and see what we have to improve on.” Then I put it in practice in the Phoenix Open, which opened my eyes a lot. It showed me what I was capable of. I was a junior in college, competing against the best in the world, and I finished fifth after a bad front nine on the last day. After that, everything I did was not only to win collegiate events and the national championship, but to get me ready to turn pro.

What’s the toughest part about being a Tour rookie?

I’m trying not to share much of that. The main one will be trying to have a tee time at East Lake at the end of the year. If I can do that, I’ll consider this season a success.

You’re aiming high—getting into the Tour Championship would mean you made the top 30 in FedEx Cup points. What are your goals for the majors?

[Laughs] I mean, just making the majors would be great. It’s something in the back of my mind. I’m working against time here to get into the Masters, but if I do all the little things, the rest will take care of itself.

You’ve been floated as a future Ryder Cup player, for the Euros, of course. Is that an objective, or are we getting ahead of ourselves?

Well, that is getting a little bit ahead because we have two years until then. But I think every golfer dreams of being in the Ryder Cup, and that is one of my lifetime goals.

If you weren’t a professional golfer, what do you think you’d be doing?

I’ve never really thought about what I’d do if this doesn’t work out. That’s hard to think about. [In college] I majored in communications. I really like history. I really like talking in public. Maybe something related to that. I wouldn’t mind being a journalist for a newspaper or a TV channel—maybe I’d cover sports.

If you could meet anyone in history, in any field, who would it be?

Either Michael Jackson or Seve Ballesteros. I did meet Seve when I was younger, but I really wasn’t conscious of the moment because I had no idea yet who he was. So maybe I won’t count that and say Michael Jackson. I love music, and Michael is one of the greatest of all time. I listen to his music as much as I can. It would be cool to meet a guy with such an imagination.

Now that you know more about Seve, has he had a greater influence?

There have been a few really successful Spanish players: Seve, [José María] Olazábal, Sergio. So for all of us, they are the reference, Seve being the major one. He revolutionized the way golf was seen in a lot of the world, so he’s someone I want to copy. His way of being on the golf course, his presence—I would love to emulate that.