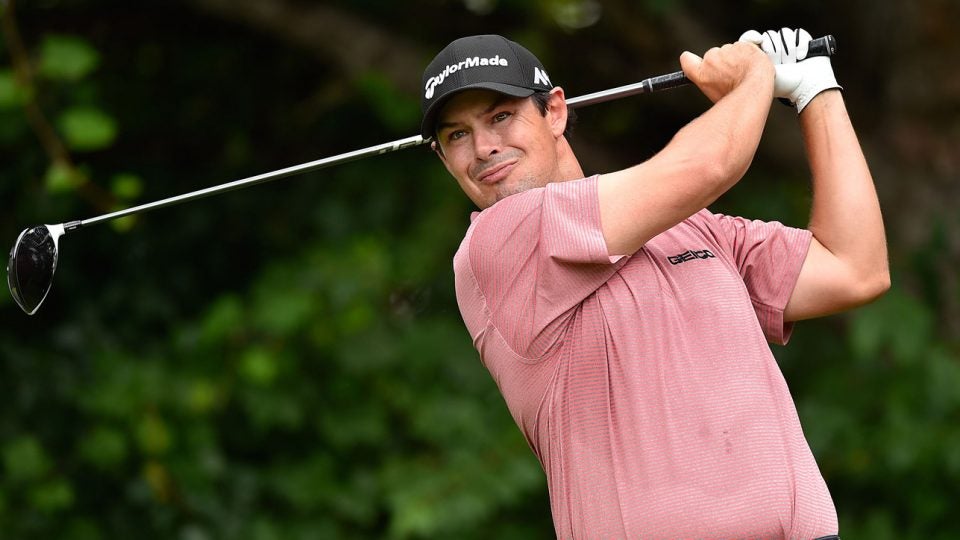 Johnson Wagner during round one of the 2017 RBC Canadian Open.
Getty Images

PGA Tour veteran Johnson Wagner had a solid opening-round 67 at the Wyndham Championship. Unfortunately, that still left Wagner six shots back, thanks to leader Matt Every’s lights-out 61. But with one mighty swipe on Friday, Wagner made up half of those strokes.

Having made par on his first four holes, Wagner was desperate for some red numbers early in his round. At the 529-yard par-5 5th hole, he smacked a monster 319-yard drive into the right fairway. Trying to reach the green in two to set up an eagle try, Wagner hit his next shot over 200 yards, and not only did it reach the green, it dropped in the cup for a rare albatross. In a split second, Johnson went from three under to six under and only three shots back.

Incredibly, this was not the first albatross (or double eagle, if you prefer) of Wagner’s career. According to the PGA Tour Media Twitter account, the pro also made an albatross at the 2010 Sanderson Farms Championship.

The albatross today @WyndhamChamp for Johnson Wagner is the 2nd of his career (R1, No. 7, 2010 @Sanderson_Champ). #pgatour