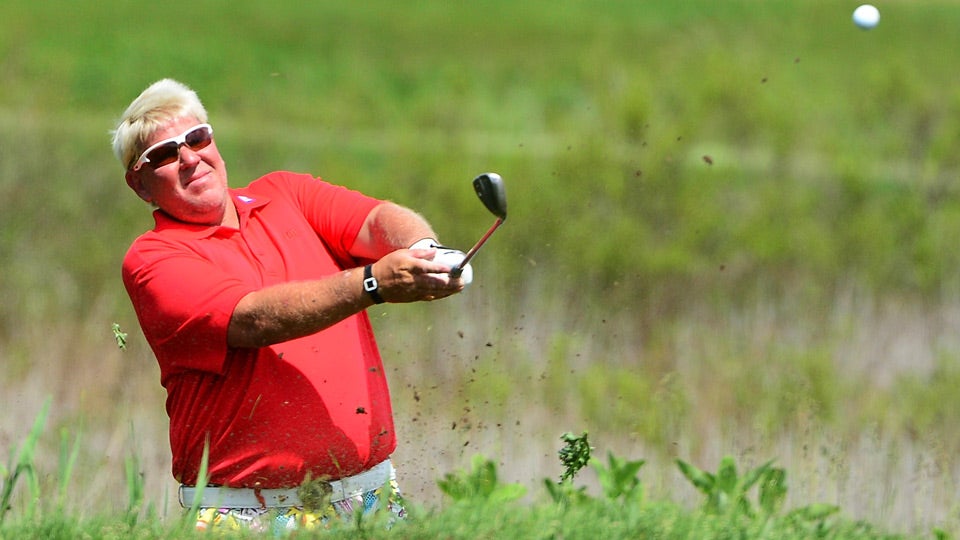 John Daly chips out of the rough before making a 9 on the 16th hole at the Senior PGA.
Getty Images

John Daly made the first start of his Champions Tour career earlier this month at the Insperity Invitational, and it was a rousing success. Fans flocked to the event to see the two-time major champion and golf legend tee it up on the Senior Circuit, and his performance wasn’t too shabby either: a tie for 17th. He followed that with a T15 finish at the Regions Tradition.

But this week, Daly is going in a different direction at the Senior PGA Championship, mostly thanks to his disastrous 16th hole during Thursday’s first round.

Daly lost his first tee shot on the par 4 — his seventh hole of the day — and things only got worse from there. A second drive into deep vegetation set of series of unfortunate shots, ultimately resulting in a quintuple-bogey 9.

You can watch for yourself below.

Daly ended the day with a four-over 75 — a respectable score considering his performance at the 16th.