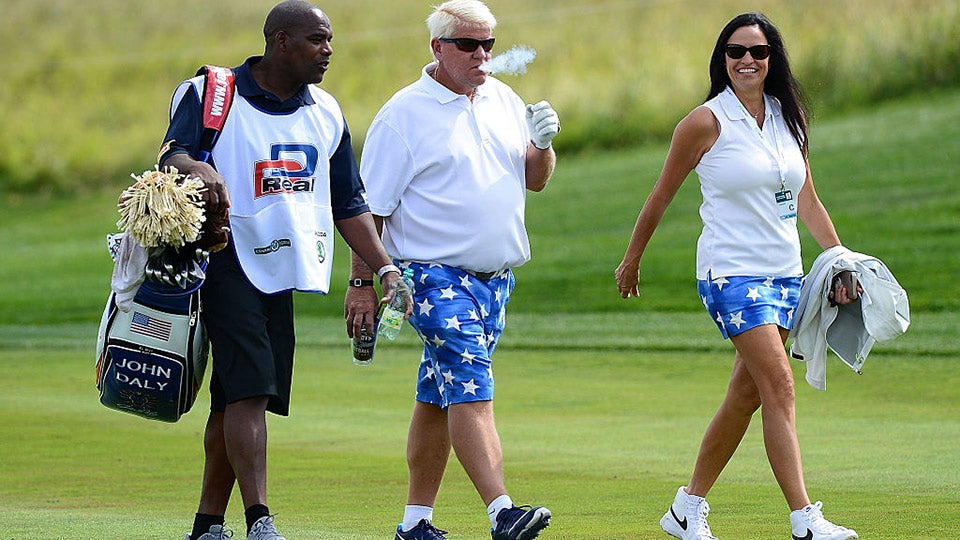 John Daly walks down the fairway during a pro-am ahead of the Czech Masters in Prague.
Getty Images

Is there anything more Daly-esque than the sight of John, in loudly patterned pants, hitting golf balls into a keg floating in the middle of a river? Daly is in the Czech Republic ahead of the Czech Masters, and the keg stunt appears to be a way to draw attention to the tournament (it worked), which he’ll play in starting Thursday.

He captioned his photos of the challenge: “Nothing like kicking off Czech Masters having 86 meters to the floating keg on the river!”

Nothing lk Kicking off #CzechMasters having 86 meters to the floating keg on the river! #charlesbridge #gripitnripit pic.twitter.com/GKBHlmgpIH

Andy Sullivan of England hit it closest to the keg, winning a year’s supply of beer for his handiwork.

And won a year’s supply of beer! #CzechMastershttps://t.co/lVgbzH87kM