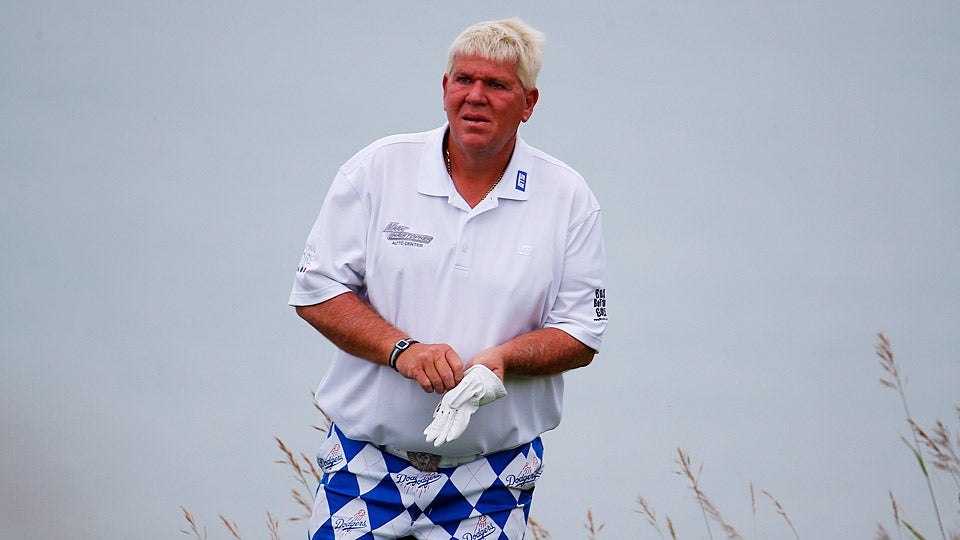 Although John Daly collapsed on a golf course last weekend, he plans to get back into competition soon with the Alfred Dunhill Links Championship in early October. But he’s already back on the music stage.

While hosting his SiriusXM Radio show “Hit it Hard” Tuesday, Daly detailed his traumatic accident, noting CPR was performed to help bring him back to consciousness.

“Didn’t really feel anything and I’m walking off with my buddy Will,” Daly recounted, “and next thing I know he just told me I just fell straight over. Next thing I knew a nurse was talking to me. They did mouth-to-mouth and everything.”

“They put me on a bunch of IVs and I ended up being in the hospital,” he said. “I kind of looked at the doctor kind of deranged and I go, ‘What happened?’ He goes, ‘Well, you’ve got a collapsed lung and you told the paramedics that you had rib problems, and your vital signs were really good when you came back to life.'”

In typical Daly fashion, he also kept the mood light.

“I only smoke two packs of cigarettes a day, not three, so I’ll be alright.”

You can listen to the 49-year-old describe it below. And if you really needed proof that Daly is doing much better, here’s a video of him singing “Knockin’ on Heaven’s Door” at an event on Tuesday night.