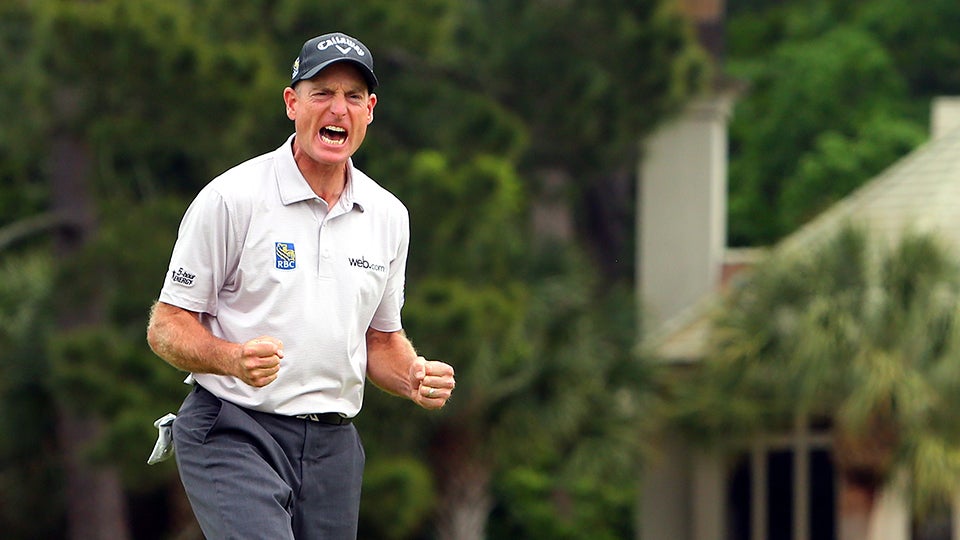 Jim Furyk was named the U.S. Ryder Cup captain for 2018 on Wednesday, and he’s already accomplished a major task that comes with the job — setting up a Twitter account.

The handle @jimfuryk was created in December 2016 — perhaps preemptively? — and tweeted for the first time Wednesday, after the announcement of Furyk as Ryder Cup captain. Welcome to 2017, Jim!

There are several accounts with Furyk’s name a part of the handle, but most are parodies.

There was a @Jim_Furyk account created in April 2014, but it’s tweeted just twice. It started off strongly, sending out “Just set up my Twitter! #myfirsttweet” but tweeted only one time after that, which was a shoutout to J.B. Holmes after he won the 2014 Wells Fargo Championship (beating Furyk by one).

Whether those were actual Furyk tweets will remain one of golf’s biggest mysteries.

As for his new handle, Furyk follows 23 accounts — all golf related — and has more than 2,000 followers. Now that that’s done, bring on Paris.

Incredibly honored to be the 2018 @RyderCupUSA Captain. Really looking forward to the next two years and the journey to Paris! #GoUSA pic.twitter.com/khlVZzxpA5