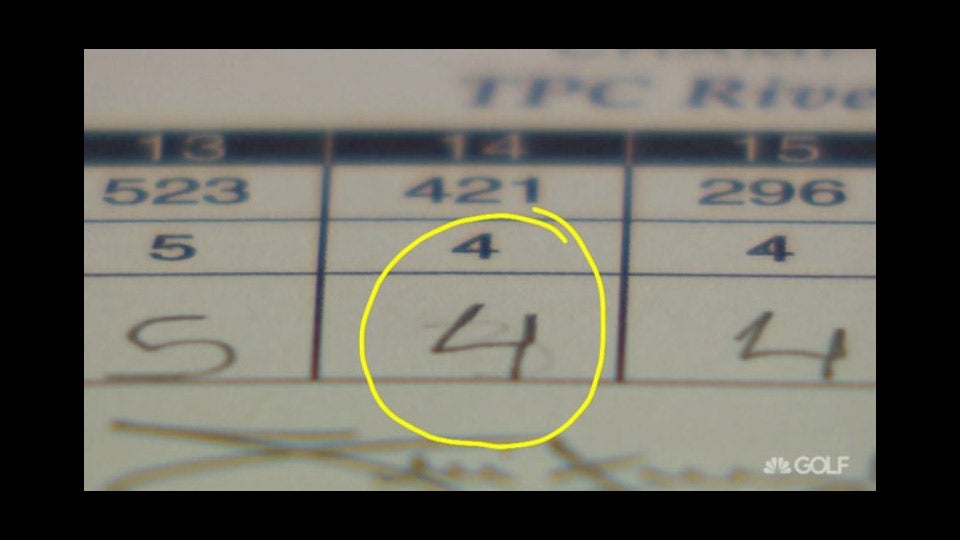 A view of the scorecard in question with the score corrected.
Golf Channel

It was a historic day for Jim Furyk in the final round of the 2016 Travelers Championship, but history was almost thwarted in a very unfortunate manner.

Furyk shot his record-breaking 12-under 58 playing alongside Miguel Angel Carballo on Sunday, and Furyk’s barrage of birdies must have confused the lesser-known Tour pro. Carballo initially marked Furyk down for a 3 at the par-4 14th hole, which is a problem because Furyk made a rare par at 14. Fortunately, Carballo realized his mistake and replaced the 3 with a 4. Had he not discovered his error and handed in the incorrect scorecard signed by both players, it would have led to a painful DQ for Furyk.

This was almost an epic fail.