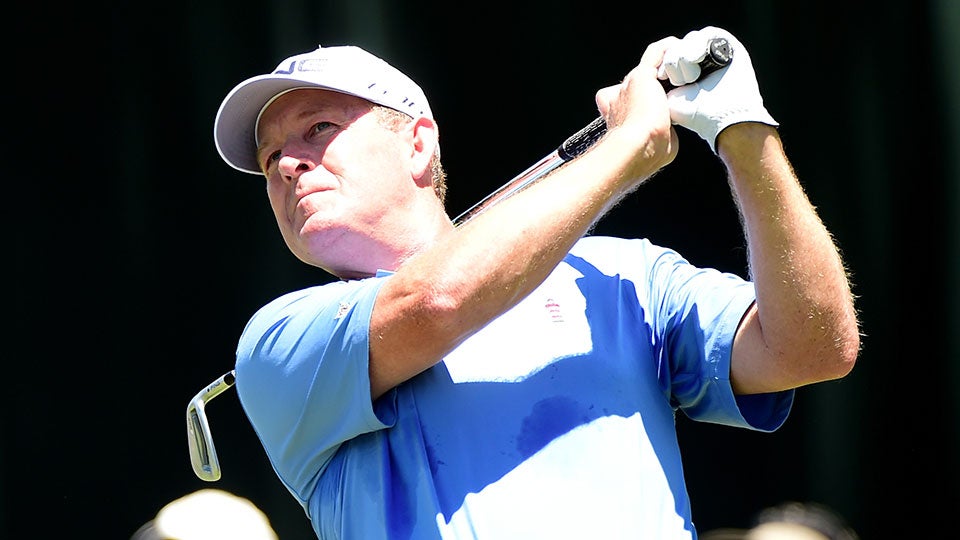 SACRAMENTO, Calif. (AP) — Jeff Maggert won the U.S. Senior Open on Sunday for his second major victory on the Champions Tour this year.

Maggert shot a 5-under 65 at sun-drenched Del Paso Country Club, edging defending champion Colin Montgomerie by two strokes. Maggert made six birdies and one bogey to finish at 10-under 270.

The 51-year-old American won his first senior major last month in Alabama in the Regions Tradition. His only other Champions Tour victory came in Mississippi last year in his first start on the 50-and-over circuit.

Montgomerie closed with a 66. Grant Waite and Bernhard Langer tied for third at 7 under. Waite had a 67, and Langer, who shared the lead with Maggert after three rounds, shot a 68.

Maggert provided a little bit of drama to a final round that lacked it when his approach on the 18th landed in the upslope of the greenside bunker. He wedged out and made the 4-foot par putt, raising his arms and embracing family members who ran onto the green.

The victory moves Maggert into an elite class on the Champions Tour. Maggert (two), Montgomerie (three) and Langer (three) have combined to win the last eight majors.

Maggert had just three wins in more than 20 years on the PGA Tour, the last in the 2006 St. Jude Classic. Now he has matched that total in a little more than a year on the Champions Tour, including two of this season’s five majors.

After three days that ended with bunched leaderboards, Maggert pulled away from the field quickly.

Maggert made three birdies to start his round, keeping his drives in the fairways and consistently hitting greens in regulation. He also drove the green on the 282-yard, par-4 ninth, then converted a birdie putt to move to 9 under.

Maggert stuck his tee shot within 5 feet on the par-3 14th before converting another birdie. And he just about sealed his victory by driving the par-5, 550-yard 15th in two, then two-putted for a three-shot lead.

Maggert bogeyed No. 16 but stayed out of trouble from there to make sure nobody could catch him from the clubhouse.

The 52-year-old Montgomerie, who was trying to become the first back-to-back winner at the U.S. Senior Open since Allen Doyle in 2005 and 2006, put a little pressure on the leader late. The Scot ended a bogey-free round with a birdie putt from about 25 feet on the 18th, walking off the green to roars with pairing partner Tom Watson, who also finished with a long birdie putt.

Watson missed his chance to carve his place as the oldest winner of a senior major at age 65. He started one off the lead but was never a factor, shooting a 69.

Billy Andrade (63) and Lee Janzen (64) shot the lowest scores of the day to close at 6 under. Andrade finished one stroke shy of Loren Roberts’ record for the lowest 18-hole score in any USGA Open championship.