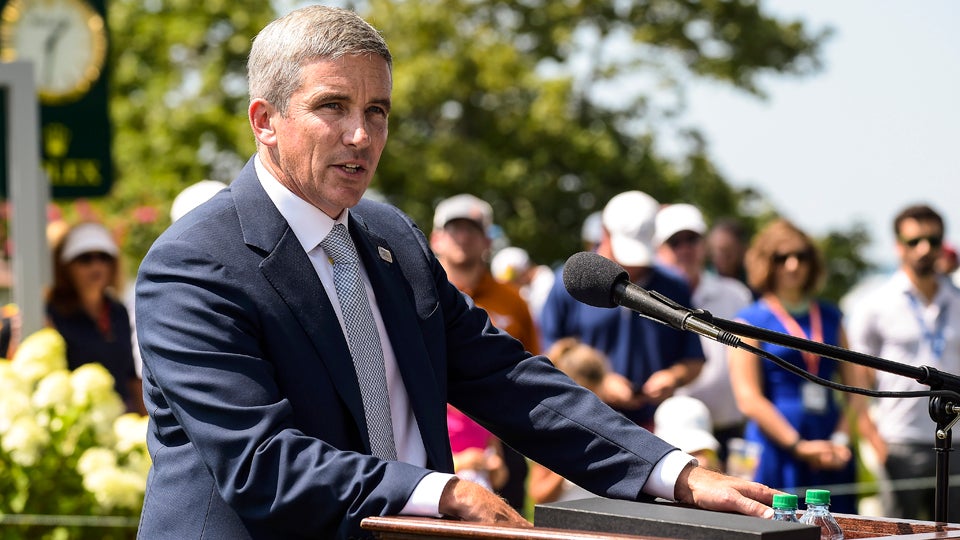 Can Tiger Woods win again? The most powerful person in golf thinks so.

Tiger Woods is planning to kick off 2017 by playing four events over a five-week stretch, and according to Golf Channel, no one is more excited to have Woods back in action than new PGA Tour commissioner Jay Monahan. Asked about Woods’s schedule at the SBS Tournament of Champions in Hawaii on Saturday, the commissioner couldn’t contain his enthusiasm.

“Just so we’re clear, when he’s 75 years old I’m going to still think he can win on the Tour,” Monahan said.

Earlier this week, Woods announced that he would tee it up at the Farmers Insurance Open and the Omega Dubai Classic before taking a week off ahead of the Genesis Open and Honda Classic. “It’ll bring even more attention to events that are very strong,” Monahan said. “Given the amount of time that Tiger’s been out of the game there’s a great amount of interest and anticipation for how he’s going to perform, particularly after making 24 birdies.”

Woods surprised most observers with a relatively solid performance in his first taste of competition in more than a year at the Hero World Challenge in December. He posted rounds of 73-65-70-76 and finished 15th in the 18-player field, but Monahan says it wasn’t his score that impressed him the most.

“I think the way his energy, his countenances … the joy that he had that week lends itself for all of us,” Monahan said. “It’s very exciting to think about what he could potentially accomplish in the coming weeks.”