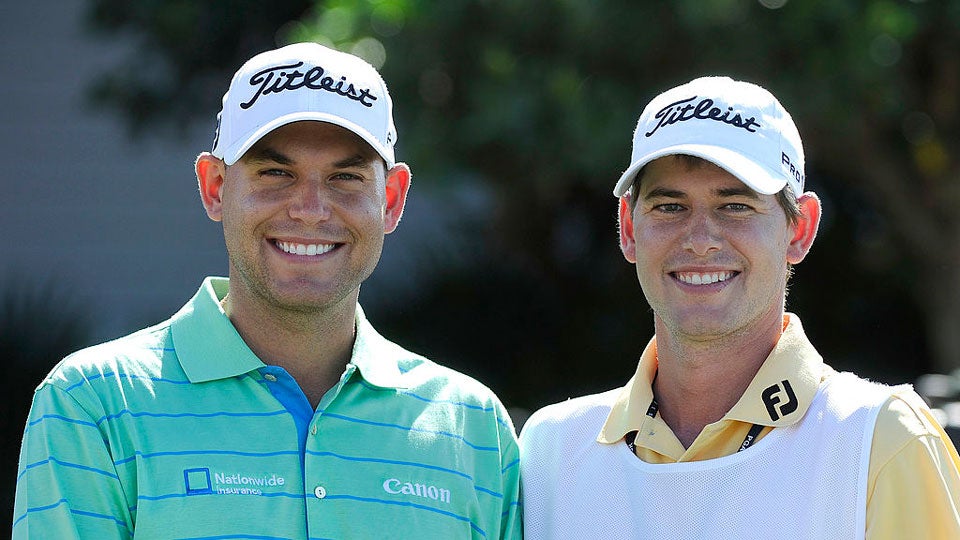 Two of Jay Haas’s sons, Jay Jr. and Bill, managed to reach the Tour. Jay Sr. offers his advice on the best way to nurture your own young player.

Encourage your child to observe and emulate the best
I told the boys [Jay Jr. and Bill] to watch a player that you think is really good. If you like their game, if you like their demeanor, emulate them. My Uncle Bob taught me the same thing: Watch Hale Irwin and watch how he plays and his commitment to the game. Watch Gary Player, watch Jack Nicklaus, watch Arnold Palmer, watch Gene Littler. He’d throw out all these names and you could just look at the record book, and they were awfully successful at the way that they approached the game. And so that was what I handed down to the boys.

Don’t force it!
I don’t think you can make them do anything. If you push, they’re going to push back.

Ease up on the junior tournament grind
Competition is great, but I bet Bill didn’t play five tournaments a year when he was a junior player. Maybe a one-day thing here and there—and I’m not talking about a four-round event, where you travel to New York or California or Texas to play. They just kind of played here and there.

Allow them to be self-motivated
If a young person loves the game, that’s the first thing. You have to love it and you have to be competitive. You have to want to get better. Because in this game, there’s no team to pick you up when you’re not playing well. You have to love what you do, or at least care somewhat about it. You can’t make them do it.

Leave instruction to the professionals
Most of the time, the parent is not a professional golfer or a teaching professional. Once you get to a point and you see your tips or lessons are not making a difference, then it’s time to step aside and say, “Okay, you take over.” I think it’s important for a young player to have some consistency, too, and not bounce around to different teachers and get so much in their heads. And a six-year-old is going to change so much by the time he or she is 12 and 18. Children’s bodies are going to change, so if they’re not playing great, that’s fine. Settle down. There’s plenty of time.

Limit your criticism
Try to encourage rather than discourage. Golf is a hard game, and anything they do in the game is great. It’s a great learning tool in life, too. There’s so much to be learned by a person on the golf course.